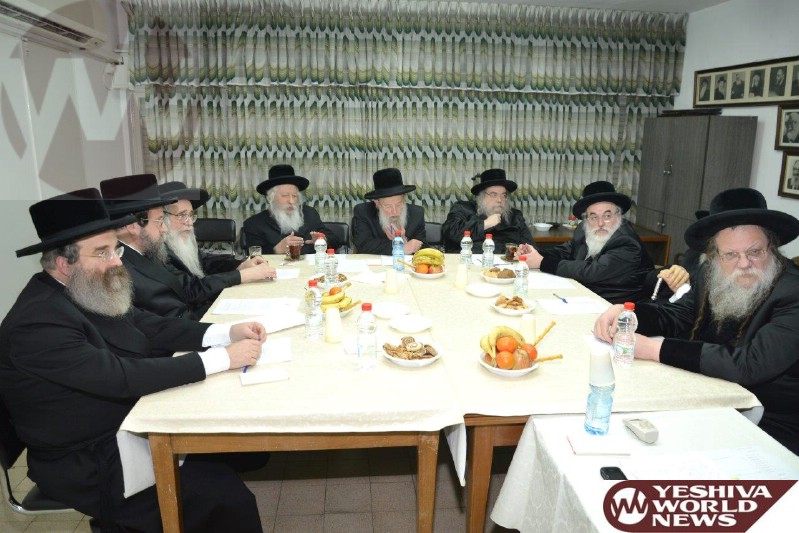 Admorim affiliated with the Agudas Yisrael Moetzas Gedolei Yisrael are planning to travel to the United States and London on a private jet in a hope to enlist the support of the chareidi tzibur in the Diaspora against the planned draft of bnei yeshivos into the IDF.

The admorim may be leaving in the very near future, in the next week or two, hoping to create a media buzz that will result in pressure against the government. According to a Ladaat report, the preliminary plan calls for making a number of stops in European countries followed by a major kenos in the United States.

Officials in Eretz Yisrael have contacted Agudas Yisrael officials in the United States as they work to set an itinerary in place. While in the United States the admorim will most likely meet with senators and congressmen as well, hoping to ask the elected US officials to apply pressure on the Israeli government to back down from the plan to draft bnei Torah into the IDF or a national service program.

The decision as to which admorim are going to participate in the flight is expected in the coming days.