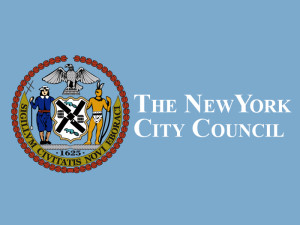 In a change of events unfolding minute by minute, Councilwoman Melissa Mark-Viverito is on course of securing a super majority in being selected as the next speaker of the City Council, YWN has learned.

Brooklyn Democratic leader Frank Seddio has decided to throw his delegation’s support in the race for City Council speaker to Manhattan Councilwoman Ms. Mark-Viverito, which would likely give her enough votes to win the speakership, The Insider’s Chris Bragg reports.

“Frank and Melissa spoke about it this morning,” one of the sources said. Mr. Seddio is expected to release a statement about the decision Wednesday afternoon.

Brooklyn Councilman Jumaane Williams, a member of the Progressive Caucus, announced Tuesday via Twitter that he is dropping out of the race and supporting Ms. Mark-Viverito.

A source who spoke to Ms. Mark-Viverito moments ago told YWN she is very confident in becoming the next Speaker. According to the source, the Progressive caucus had already secured 22 votes for her candidacy and 4 committed but not public votes, which would grant her a majority of 26 votes without Brooklyn’s endorsement.

The move by Brooklyn’s County leader is seen as an attempt by Ms. Mark-Viverito and Mayor-Elect Bill de Blasio to get the speaker of the Council elected by a super majority.