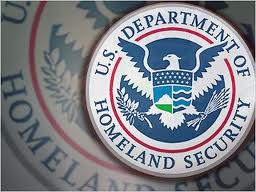 Moshe Reed was an American businessman who travelled frequently on business to Puerto Rico. On his last trip earlier this month, while in his hotel room Mr. Reed felt ill and called 911.Despite their efforts, paramedics were unable to save him. Local law requires that an autopsy be performed on a death that occurs outside of a hospital. Puerto Rican officials traced a family connection to Manchester in the UK. The family in turn contacted the Misaskim office in Manchester who immediately contacted Misaskim headquarters in New York. This set in motion a series of steps that prevented the autopsy and other measures that are contrary to halacha.

Misaskim officials in Manchester and New York contacted Rabbis Mendel Zarchi and Levi Stein, the Chabad shluchim in Puerto Rico, who were initially unsuccessful in stopping the autopsy. The next step was to get the family in Manchester to designate the rabbis as having Power of Attorney. The shluchim assisted in identifying the body but there was still the issue that the authorities wanted to do a “limited autopsy.” Misaskim officials reached out to well-known community activist Abraham Eisner who in turn contacted Commissioner Jerome Hauer, the head of Homeland Security in New York State. Mr. Hauer reached out to his counterparts as well as the Chief of Police in Puerto Rico who after verifying Mr. Reed’s medical history and the fact that he died in the hands of paramedics determined that an autopsy was not necessary in this case.

When the shluchim were notified that the body was ready to be picked up for shipment and burial in the UK, they encountered a new obstacle. Protocols called for the body to be embalmed. Misaskim in New York then learned that no embalming would be necessary if the body was transferred back to the US mainland. Mr. Reed’s remains were indeed shipped to New York and then prepared for shipment to the UK for burial, where again embalming was not necessary. After two weeks of the ongoing drama, Mr. Reed’s body was brought to Kever Yisroel in Manchester.

For Misaskim, the assistance of the Chabad shluchim and the fact that it has satellite offices in many parts of the world helped deal with an international situation that could have potentially ended in procedures that are against halacha and Jewish tradition.