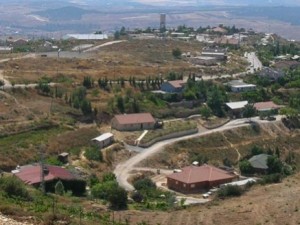 For many, Yishuv Bat Ayin is synonymous with extremist behavior and a total disrespect for law enforcement agencies. According to the daily Maariv, quoting the head of the community council Elchi Fine, things are changing for the better.

There have been many attacks against Arabs and even IDF soldiers attributed to residents of the community. In one case, a number of residents were arrested in connection with a firebomb attack against an Arab taxicab. According to Fine, the straw that broke the camel’s back was an incident that took place a number of weeks ago in which masked men attacked an Arab truck driver at the community entrance. IDF soldiers responding to the incident were then attacked by the same people.

Fine says residents are fed up with the bad reputation, so much so they are now cooperating with police of the National Crimes Unit, providing information which will lead to the arrest of some of the extremists. The community is taking action to oust those families that identify with the extremist, but it appears this effort is only partially successful at best.

“We are willing to do what it takes to halt the violence” Fine is quoted saying. In addition, the community has finally announced a willingness to have a security fence built around parts of the yishuv, which to date has been contested by the so-called extremists, who feel such a move exhibits weakness and defines a community’s boundaries, which they did not wish to do.