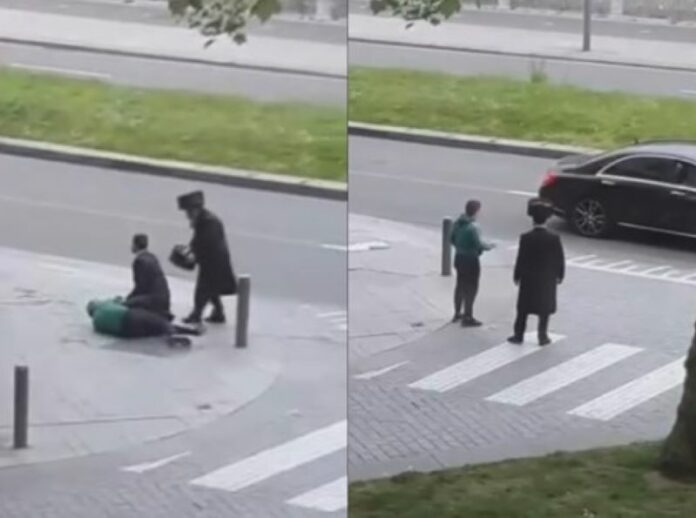 One chassid, who is a Shomrim volunteer, decided to take action and tackled the man to the ground, holding him down with the help of other chassidim until the police arrived.

A video of the incident was taken by a non-Jew in a nearby apartment, who – judging by the laughter heard in the video – was quite amused by the turn of the events.

The refugee was arrested by the police. According to a B’Chadrei Chareidim report, the refugee is not the only Ukrainian anti-Semitic refugee accosting Jews in Antwerp in recent weeks.

One Shomrim volunteer told B’Chadrei: “We caught several of them stealing bikes, breaking into apartments, and threatening Jews on the streets. So we decided to put an end to it. We’re coordinating with the police and reporting every incident. We hope they arrest every Ukrainian who thinks he arrived at a jungle.”