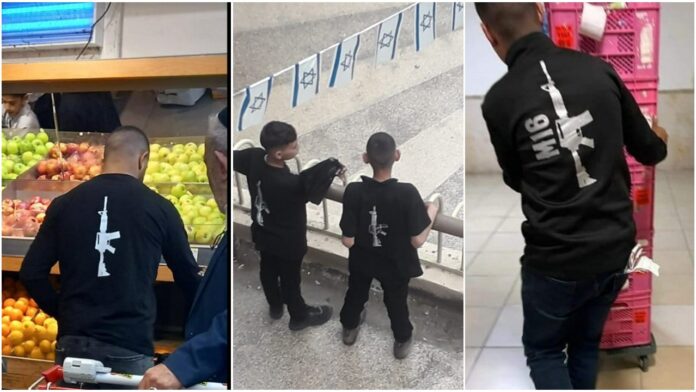 A new trend among Palestinians and some Israeli Arabs wearing T-shirts with a M-16 printed on them began following the Bnei Brak terror attack, during which the heinous Palestinian terrorist shot victims with an M-16 rifle.

Unbelievably enough, Arab workers have been seen in Israeli supermarkets and other places, wearing the shirts. On Friday, an Arab showed up at work at a Yesh Chesed supermarket in Rechovot wearing a black T-shirt with the M-16 on the back, causing panic among the customers.

Later that day, the supermarket reported that “all employees of the Yesh Chesed chain are legal employees. This is an employee who is an Israeli citizen. Israel Police came to the branch to check the employee and approved his continued employment.”

On Sunday, an Arab worker showed up a Rami Levy supermarket in Ramat Gan wearing the same shirt, but this time it ended differently. A statement from Rami Levy said that following several warnings about non-compliance with a proper dress code, the employee was fired.

But another Rami Levy employee delivered a grocery order to an Israeli customer wearing the shirt. 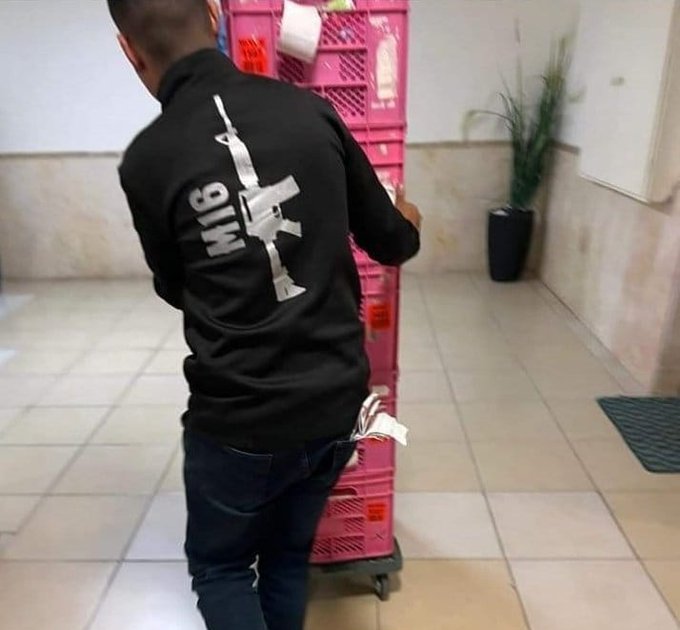 In another unbelievable scene, two Israeli-Arabs wearing the shirts showed up at the Bituach Leumi branch in Hadera. Apparently, although they want to show their support for armed opposition against the “occupying forces,” they still want to be financially supported by the State.

Even Israeli-Arab children at the park have been seen wearing the shirts. 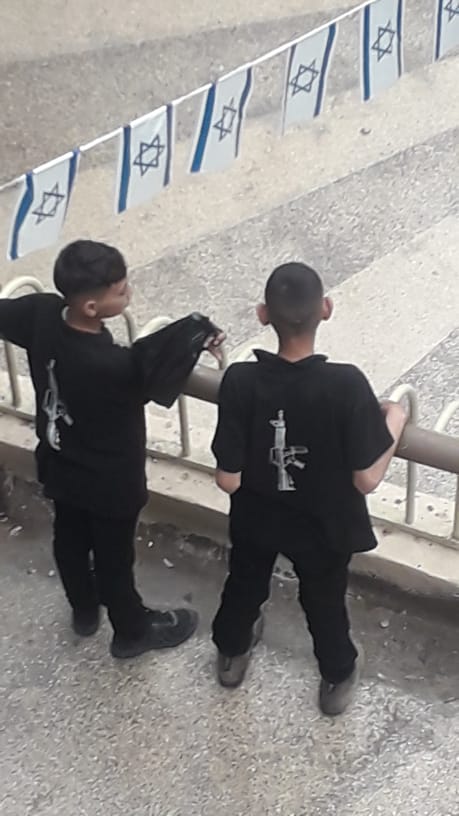 Many Israeli social meida users have been posting photos of Arabs wearing the shirts and asking Israelis to not remain silent and to report all sightings of Arab workers with the shirts and complain to their employers.

The trend has spread beyond shirts, with pants and even shoes spotted with the M-16 printed on them.

The shirts are particularly popular in the terror-infested Jenin.

After the attempted stabbing at the Old City of Jerusalem on Wednesday night, one of the Arab children who fled from the scene was wearing the shirt.

In response to the shirt, the Lehava organization printed shirts with an image of a noose and the words: “Death to terrorists.” The shirts are being sold for 45 shekels each. 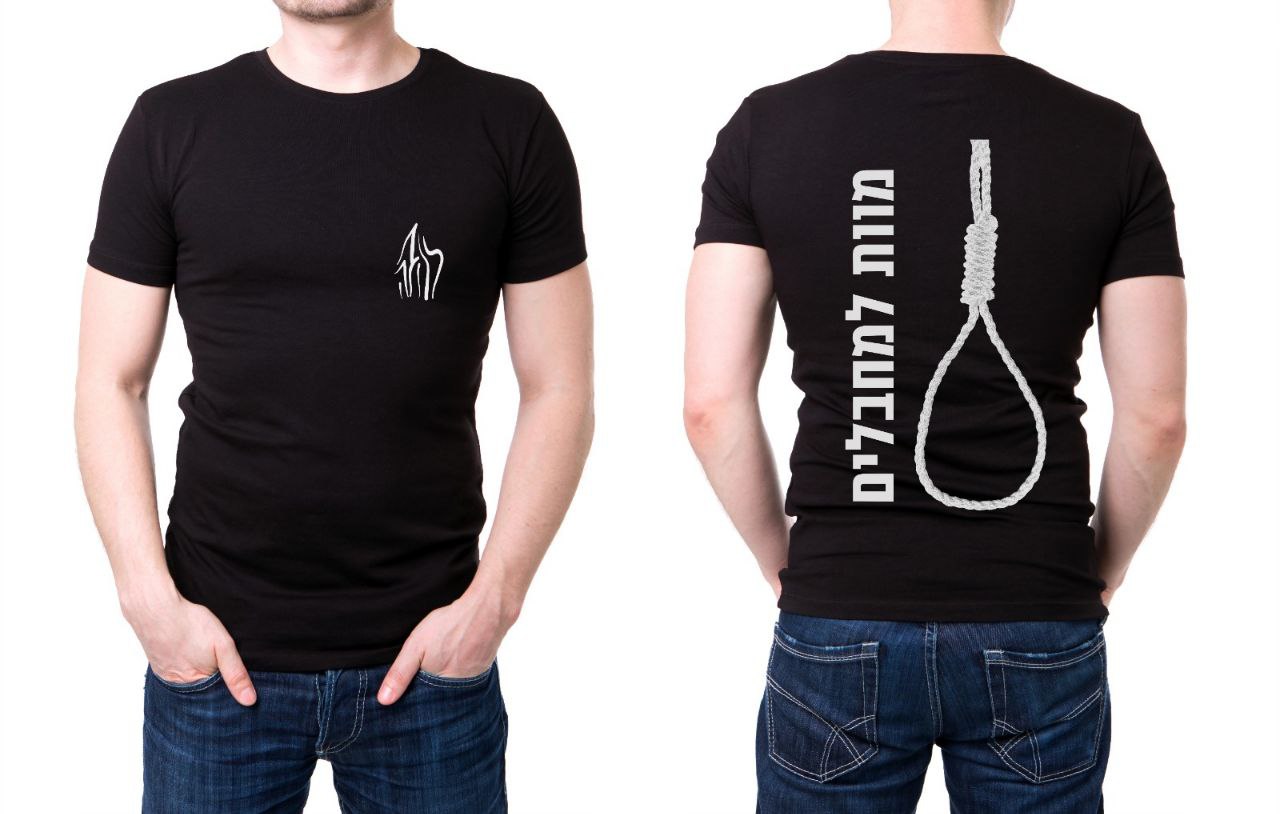 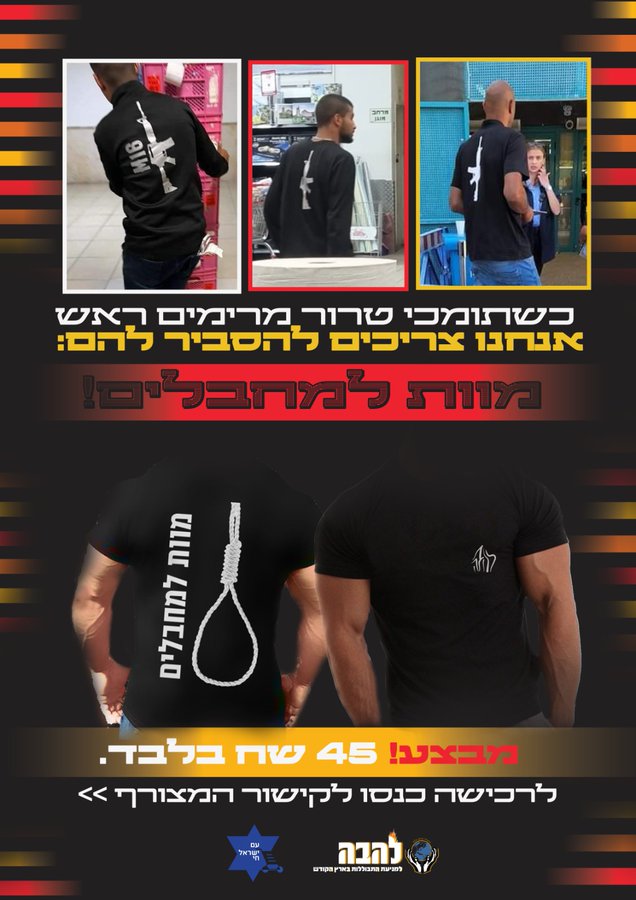