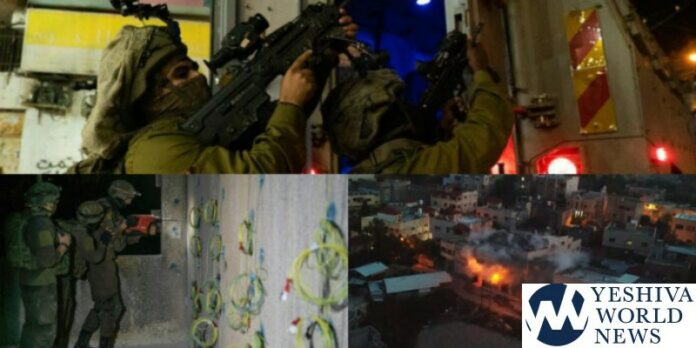 Israeli security forces demolished the home of the Bnei Brak terrorist overnight Wednesday in the village of Ya’bad, near Jenin.

The demolition was carried out after the terrorists’ petition to the Supreme Court was rejected.

In the course of the operation, violent riots broke out, during which hundreds of Arabs threw stones, Molotov cocktails, and explosives at IDF forces. Some Arabs opened live fire at the soldiers, who returned fire. One terrorist was killed and three were injured in the exchange of gunfire.

IDF soldiers also arrested the terrorist’s father and transferred him to security forces for questioning.

IDF forces also operated in other Arab villages overnight Wednesday and arrested an Arab suspected of throwing an explosive device at security forces on Sunday, lightly injuring a Border Police officer. In the course of the raid, riots broke out and one Arab was killed.