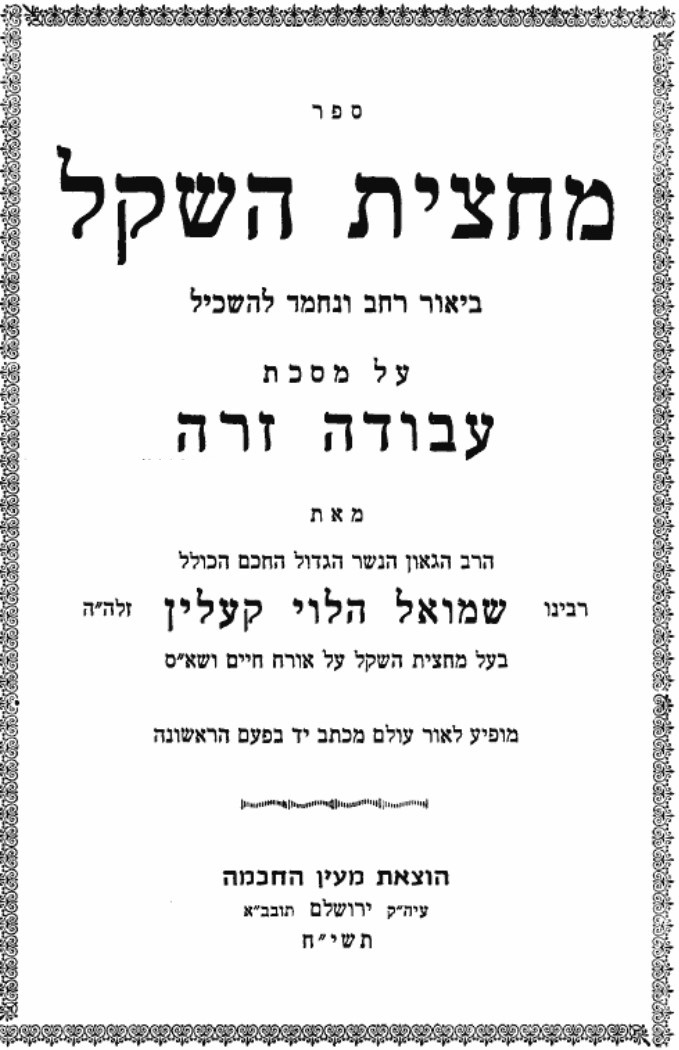 This is an amazing story about the power of emes and how it averted a pogrom in the town of Bostovice, Moravia.

Rav Shmuel Ben Nosson Ha-Levi Kahlin (c. 1720–1806) was a Rosh Yeshiva and Posaik known for his absolute honesty. He is most famous for his authorship of the Machatzis HaShekel commentary on the Shulchan Aruch.  He lived in Boskovice, Moravia which was then part of the Austro-Hungarian Empire.

Tragically, in Boskovice, allegations of a blood libel were made against the Jews. The allegations nearly caused a pogrom.  Essentially, a claim was made that a gentile child was murdered to take his blood and bake Passover Matzah with it.  It was further rumored that the knife that was adjacent to the body of the child had belonged to the Rabbi of the town – Rav Kahlin himself!  Rav Kahlin was placed in jail until the trial.

When Rav Kahlin was put on the witness stand, he was asked whether the knife was his.  Against his lawyer’s advice, he responded that the murder weapon was his knife, but that he had no idea who had murdered the child.  His lawyer then quit.

Others tried to persuade him to deny ownership of the knife but he refused. The judge gave him another opportunity to retract but to no avail.  Rav Kahlin would not lie.  He remained adamant that it was his knife.  The judge then turned to those gathered in his courthouse and said, “There is no question that this is an innocent man because his honesty is what is placing him in jeopardy.”

The Rav responded, “I wish to now change my previous testimony.” The judge said, “Do you wish to make a mockery of this courtroom??  You cannot change it!!”  The Rav answered, “I still state that the knife is, in fact, mine.  But previously, I stated that I had no idea who had murdered the child.  Now I believe I do have an idea.”  He pointed to the witness.

“Anyone can come to my home and recognize the type of knives that I have.  But only one knife, the one found here has that peculiar cavity that the alleged witness described.  I believe that the only possible manner in which this witness could have known about the cavity above the upper hole of the knife is if he had handled it himself,” the Rabbi continued.  After this, the witness admitted to the murder of the child.

No harm can come from telling the truth.  In this case, we see that when Rav Kahlin told the truth, not only was he not harmed – but the true murderer was found.

Rabbi Hoffman authors a weekly parsha sheet devoted to the topic of Emes.  To subscribe, send Rabbi Hoffman a request at [email protected]