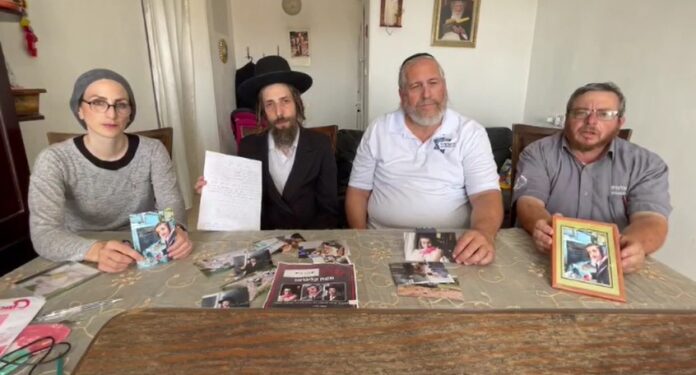 The plight of the Kleinerman family, whose son Moishe has been missing for close to three months, is finally catching the public’s attention and a special investigative police unit has been established to search for him.

Shmuel Sackett, founder and director of Am Yisrael Chai, was moved by the case and decided to act, offering NIS 50,000 for anyone who provides any information that could bring Moishe home.

“Several days ago I saw the video of the parents and I cried,” Sackett said. “But I didn’t want to just cry and daven – as important as that is – I wanted to do something else.”

“My foundation, Am Yisrael Chai, will give NIS 50,000 to anyone who provides concrete information leading to finding Avraham Moshe alive and well. Anyone who has any information, call us, even on Shabbos as it’s mamash pikuach nefesh.”

In addition to the NIS 50,000 promised by Sackett, Ami Magazine added another $10,000 reward and two private donors committed to an additional $27,500 award.

On Friday, the Israel Dog Unit (IDU) held another large-scale search in the Meron area.

The police reported on Sunday morning that there still no breakthroughs in the case. “So far there hasn’t been any leads that can focus the search teams in a certain area, which renders the searches much more difficult and spread over many areas in Israel,” a police statement said. “Israel Police will continue to act to bring Moishe back to his family as soon as possible.”

The commander of the Modiin Illit precinct, Deputy Superintendent Alon Kalfon, described the actions being carried out by the police: “We began widespread searches on two main levels: one – a tactical professional search in the field with the help of military units and special means – physical searches in springs, mikvaos, shuls and kivrei tzaddikim that he visited regularly.”

“We’re also collecting evidence, locating cameras, cell phones – tracing back to the moment he went missing and prior to that. We’re contacting people he’s met over the years in order to find any connection that can lead to a place we can search and find him.”

“We’re in constant touch with the family and we’ve formed a close bond with them. We’re continuing to search for him and we’ll continue to search until we find him,” Kalfon concluded.

The public is asked to daven for Avraham Moshe ben Gittel.