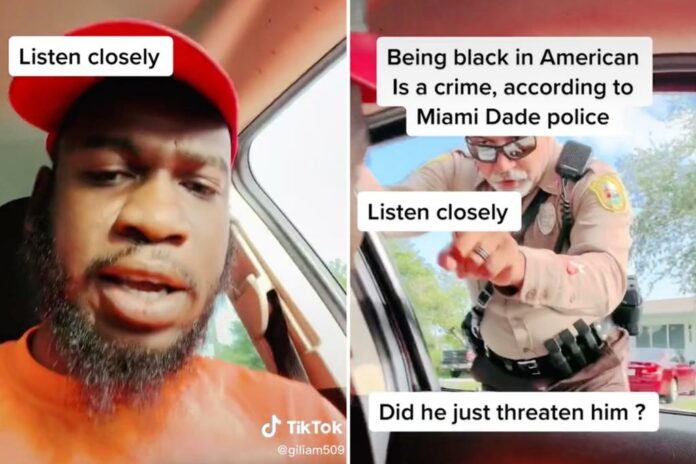 A black man in Miami-Dade County in Florida recorded cellphone video of an encounter he had with a police officer after being pulled over for not wearing a seatbelt.

The driver, Gerardson Nicolas, says he was on his way to work when he was pulled over, and was stunned when the cop said that his behavior is “how you guys get killed out here.”

Nicolas said that prior to the video, the police officer entered the passenger side door and pulled his keys out of the ignition, even though the car was in park and turned off.

“Threatening my life. I felt like my life was threatened,” said Nicolas.

After Nicolas posted the video to social media and complained to the police department, the cop in question was placed on desk duty and an internal investigation was launched.

However, the president of the South Florida Police Benevolent Association said he doesn’t think the cop’s comment about “this is how you guys get killed” had a racial connotation to it. Rather, he says he believes the police officer was talking about Nicolas’ seatbelt violation.

“People die from not wearing seat belts every day,” the PBA president said.