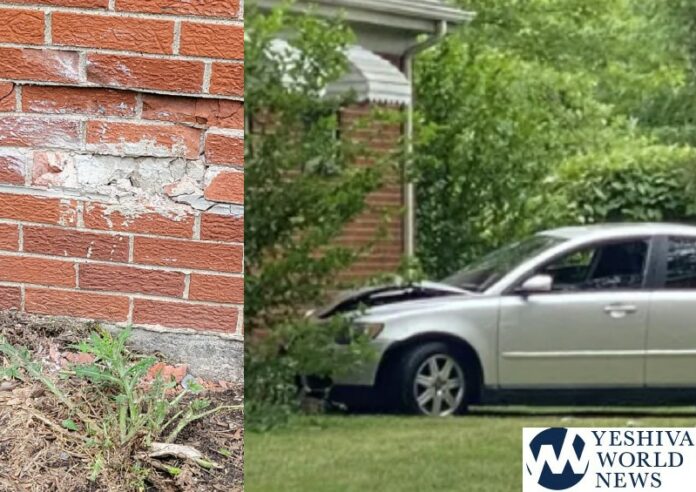 A shocking incident took place this morning when a landscaper working at a frum home in Detroit was struck and pinned against the home by a vehicle being driven by a deranged woman angry at the workers for refusing to give her a quote.

The incident occurred when employees of Jasman Landscaping were innocently whacking weeds Tuesday morning at a home on Hilton Street, smack in middle of the frum community in Southfield, Michigan. The woman reportedly drove up onto the sidewalk to yell at the workers, then between two houses, before striking the landscaper and pinning him up against the home. But that wasn’t enough for her; she then got out of the vehicle and began pulling the landscaper’s hair.

The woman eventually let up and the man was rushed to the hospital with unknown injuries, though police have said that he is alive. Southfield Police say they have the suspect in custody, but have not released her name or any further information regarding the incident.