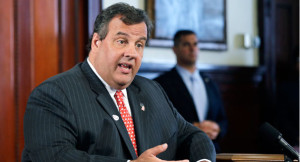 The former appointee of Gov. Chris Christie who directed lane closures that backed up traffic for hours in one New Jersey town is reiterating that he is ready to share more information if he can be granted immunity from prosecution.

Meanwhile, 17 other people and three organizations are being issued subpoenas as lawmakers try to learn exactly how the September lane closures on an approach to the George Washington Bridge from the community of Fort Lee happened and why.

David Wildstein, whom Christie appointed to a position in the Port Authority of New York and New Jersey, has already supplied a legislative committee with the most damning documents in the case so far, including an email from a Christie aide saying it was “time for some traffic problems in Fort Lee,” a sign that the lane-closing plot was hatched by Christie’s aides as a political vendetta.

Wildstein’s lawyer Alan Zegas told The Associated Press on Friday that there has not been any offer of immunity from the U.S. Attorney’s Office, which is reviewing the matter. “If he has immunity from the relevant entities, he’ll talk,” Zegas said.

Wildstein, who resigned in December, appeared last week before a legislative committee investigating the closures but refused to answer any questions. He cited his right not to incriminate himself. The committee found him to be in contempt and referred the case to a prosecutor.

On Thursday, both chambers of the Legislature passed resolutions authorizing special investigative committees to continue the probes.

John Wisniewski, chairman of the Assembly’s committee, announced that 20 subpoenas were being issued seeking documents related to the bridge closure.

He previously indicated that two former Christie aides who have been fired would be among them. But he said he would not release the full list until the subpoenas are served.

Matt Mowers, Christie’s former regional political director for his re-election campaign, was among those subpoenaed.

The New Hampshire GOP, where Mowers recently started work as executive director, released a statement saying Mowers had been subpoenaed and offering support for him.

Christie has apologized but denied any knowledge of the plot.

On Thursday, his administration announced it had hired a legal team to deal with investigations by state lawmakers, a U.S. senator and federal prosecutors.

Christie himself, meanwhile, gave a speech at an event outside those at the State House for the first time in more than a week, telling people in a community devastated by Superstorm Sandy in 2012 that storm recovery remains his top priority.

“I am focused as completely this morning as I was when I woke up on the morning of Oct. 30, 2012, and nothing will distract me from getting the job done,” he said. “Nothing.”

On Friday, he’s scheduled to administer a ceremonial swearing-in for a new justice on the state Supreme Court and then head to Florida for multiple political fundraisers.