The final results of the Likud party primaries were published on late Thursday afternoon after 79,735 eligible Likud members voted on Wednesday.

The results show that opposition leader Binyamin Netanyahu is still the dominant force in the party, with his loyalists topping the list. The party is expected to win about 35 seats.

Number one on the list after chairman Binyamin Netanyahu is Yariv Levin, followed by Eli Cohen, Yoav Gallant, Dudi Amsalem, Amir Ohana, Yoav Kisch, Nir Barkat, Miri Regev and Miki Zohar. The top ten people on the list are the ones who generally receive ministerial positions.

Yuli Edelstein, who had announced he would challenge Netanyahu for the leadership for the party but dropped the bid when it became clear he would lose, dropped from number two on the list to number 18. Yisrael Katz also dropped – to number 12 on the list. 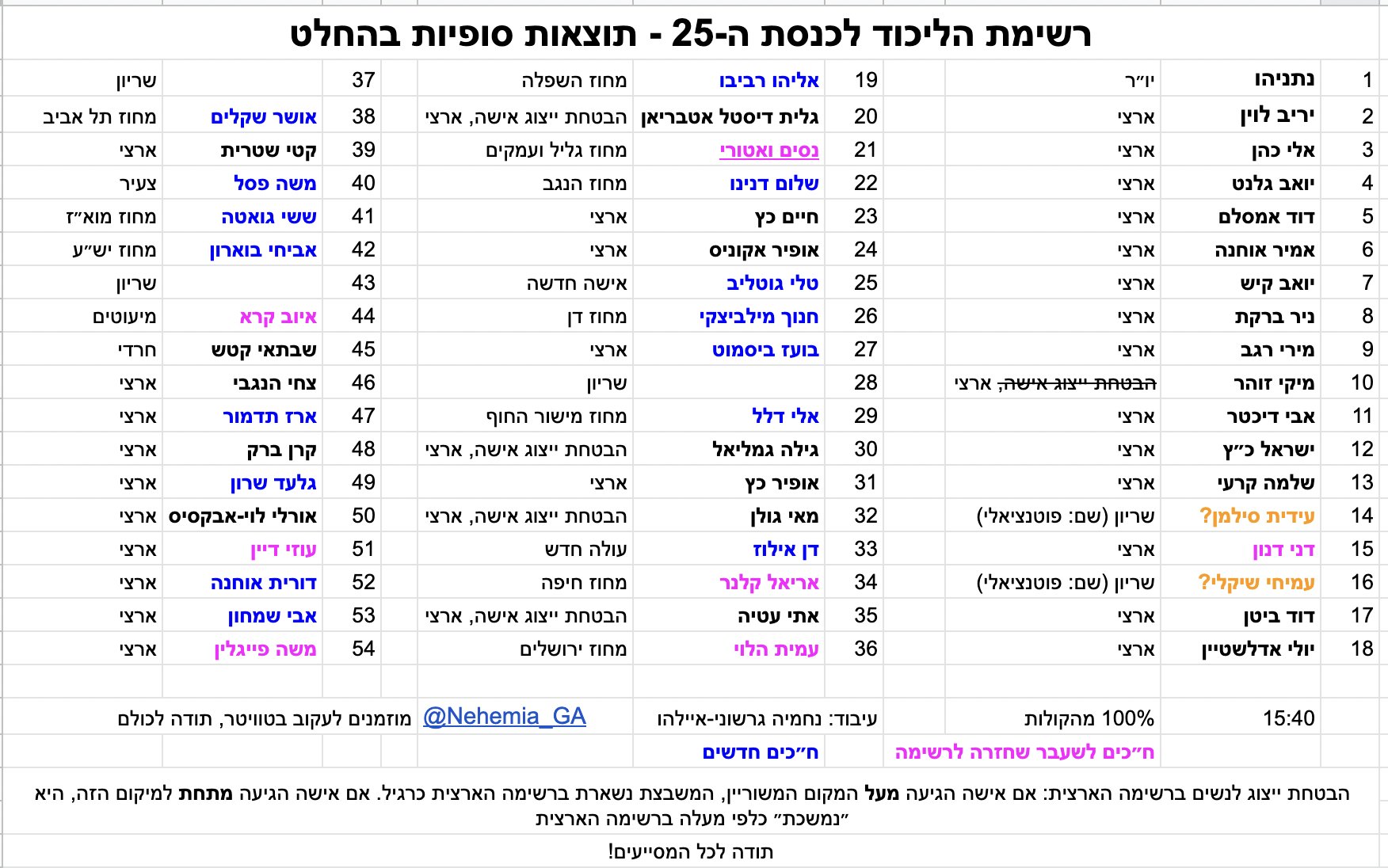 Some senior MKs dropped off the list altogether, the most prominent among them being Tzachi Hanegbi, who served in the Knesset for over 30 years in a number of senior positions. Moshe Feiglin, who two years ago almost made it into the Knesset as chairman of the Zehut party, also did not receive a realistic slot.

The Likud reserves spots for new MKs, some of whom are chosen according to region. Two of those new MKs are brothers of mayors, including Eliyahu Ravivo (Harei Yehuda), the brother of Lod Mayor Yair Revivo, and Shalom Danino (Negev), the brother of Ofakim Mayor Itzik Danon.

Another new MK is Boaz Bizmuth, the former editor of Yisrael Hayom, who joined the party last month, and attorney Tally Gotliv, who will fill the new female slot. Dan Illouz, who made aliyah from Canada 13 years ago, will fill the new immigrant slot.

There are also five spots on the Likud list that the party leader, Netanyahu, reserves for select candidates. Two of these slots will be filled by rebel Yamina MKs Amichai Chikli and Idit Silman.