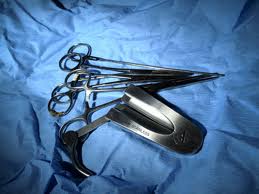 “The recommendation of the two medical associations is an insulting and intrusive assault on religious freedom,” said WJC CEO Robert Singer. “Religious circumcision, a procedure that has been practiced safely for millennia, confers notable health benefits. It is a bulwark against urinary-tract infections, cervical cancer and HIV-AIDS, which is why it is being promoted heavily by medical authorities in Africa and other places. Given the compelling religious freedom and health reasons for religious circumcision, the Swedish and Danish medical associations need to recognize that their call for a ban represents an appeal to xenophobia and ignorance and not enlightened science.”

According to the Jewish Telegraphic Agency, the ethics council of the Sweden Medical Association, the union representing of 85% of the country’s physicians, last week recommended setting 12 as the minimum age for the circumcision and requiring the boy’s consent. The 3,000-member Danish College of General Practitioners contended in a statement that non-medical circumcision of boys amounts to abuse and mutilation, according to news reports.