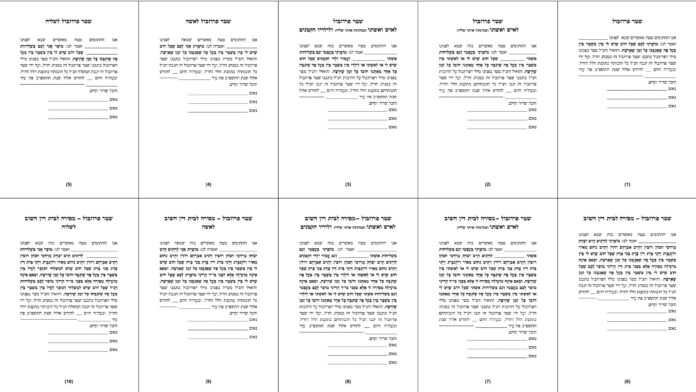 By Torah law, (Dvarim 15:1-2) the seventh year or Shmittah year also causes all debts to become null and void.  In other words, Shmittah does not just mean that the land must rest, but also that all loans not paid are cancelled.  This is called “Shmitas Ksafim.”  Nowadays, the observance of Shmittah is Rabbinic.  The debts are negated by Rabbinic law.  Hillel HaZakain, however, enacted the use of a special document or instrument called a “Pruzbul” (see Gittin 36a).

The manner in which the Pruzbul works is through the transfer of the loan from you, an individual, to a Beis Din – a court.  A court is an institution – not a person.  It has no relatives, so to speak.  Therefore, since the psukim employ the term, “your needy brother” – debts owed to an institution are not negated.  There is a debate in the Gemorah as to the underlying principle of how Hillel could have inaugurated the use of the Pruzbul – whether it is on account of the fact that Shmittah is only Rabbinic in the times of the second Beis HaMikdash or whether it operates through the principle of Hefker Beis Din Hefker – that the original Batei Dinim had very extensive fiduciary rights in terms of declaring things ownerless.

The lender recites the following declaration before signing and dating the document:  “I submit before you, judges in the city of __________________, all of the outstanding loans that are owed to me, (including those who have appointed me to do submit on their behalf) thereby allowing these debts to be collected at any time that I desire.”  The lender then completes one of the Pruzbul forms below.

The Ramah rules that it is the custom of Ashkenazic Jews to rely on a Bais Din of three regular, Torah-observant people (hedyotos) for use of the  Pruzbul instrument.

Some contemporary Poskim, however, have ruled that since there is a debate among the classical Poskim as to which dayanim are eligible to arrange the Pruzbul instrument, and there are also classical Poskim that say that one must use a “Beis Din Choshuv” rather than a regular one, the Pruzbul documents found below have been tweaked to be effective according to the more stringent opinions as well.

A woman, married or single, who has funds or savings held in various accounts that may be Jewish owned in whole or in part, should also arrange for a Pruzbul.  If someone is unable to reach a Bais Din they can do one of two things:

A pruzbul is only effective for loans that were extant at the time the Pruzbul document was written.  It is not effective for loans made after that.  According to the Mishna in Shvi’is (10:1) the SHmittah year does not negate credit that was given for a service or a purchase.

Below we find a number of different versions of the Pruzbul document prepared by Rav Yitzchok Rubin, shlita – one of the leading Poskim in Eretz Yisroel.  It is recommended that you choose the one that is most appropriate for your particular situation.  The Bais Din Choshuv that is employed in documents 6-10 is the Beis Din Tzedek of Bnei Brak who include Rab Yitzchok Mordechai HaKohain Rubin shlita, Rav Avrohom Rosen Shlita, and Rav Nachum Meir Rosenberg Shlita.  The three dayanim that you will use will be appointees of the Dayanim of the aforementioned Beis Din Choshuv.

You can print out the jpeg below and circle the one that is appropriate for you.  Have the three dayanim sign in the one that you circled.

The are numbered as follows, and the numbers are found at the bottom of the page in the all-encompassing JPEG:

***** IF YOU FIND THIS ARTCLE USEFUL, PLEASE TRY TO DONATE TO THE HACHNASSAS KALLAH GENERAL FUND THAT HELPS NEEDY KALLAHS AT THE LINK BELOW**** 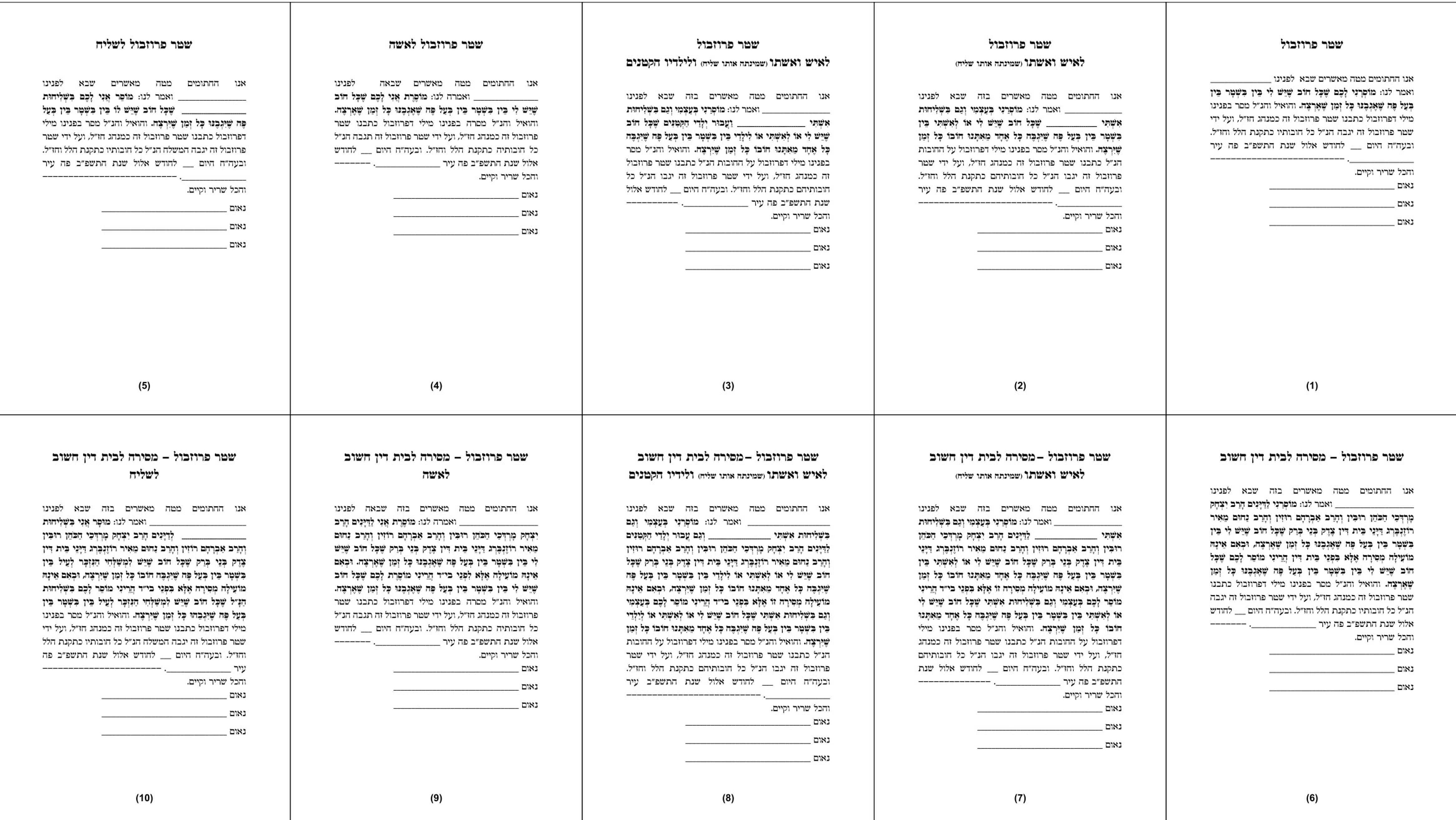