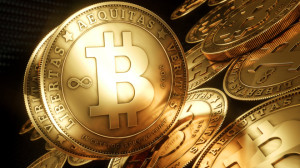 The bitcoin exchange that filed for bankruptcy protection blamed theft through hacking for its losses Monday, and said it was looking into a criminal complaint.

In an announcement posted on the Mt. Gox exchange’s website, CEO Mark Karpeles outlined the events that resulted in the company’s insolvency and said there was a “high probability” theft was behind the disappearance of bitcoins.

“We will make all efforts to ensure that crimes are punished and damages recovered,” Karpeles said.

He said Mt. Gox will try to resume business as a way of increasing repayments to its creditors.

The online exchange was unplugged early last week as rumors of its insolvency swirled, adding to doubts about the viability of bitcoins overall. Its woes are a setback for bitcoin, a virtual currency that has grown in popularity since its 2009 creation as a way to make transactions across borders without third parties such as banks.

Bitcoin has also become a highly speculative form of investing. But it has comes with risks, as the Mt. Gox debacle has illustrated, partly because bitcoins are not regulated by central banks or other financial authorities.

The statement said illegal access to Mt. Gox in early February abused a bug in its computer system.

It also said “large discrepancies” were found between the amount of cash held in financial institutions and the amount deposited by users, meaning that about 2.8 billion yen ($28 million) was unaccounted for.

Karpeles said Friday that 750,000 bitcoins deposited by users and another 100,000 belonging to the company disappeared. That would amount to about $425 million at recent prices.

He repeated the bitcoin numbers in Monday’s statement but said also the complete extent is not yet known.

A huge number of transactions must be investigated for a variety of problems to establish the truth, Karpeles said.

Mt. Gox set up a call center at a Tokyo telephone number, open during business hours Monday through Friday, to answer any queries.

Karpeles promised to cooperate with the authorities in Japan and overseas in ongoing investigations, and said an expert had been asked to investigate a possible criminal complaint.

“All efforts will now be made to restore the business and recover damages to repay debts to creditors. We hope for the understanding and cooperation of all,” he said.

Bitcoin proponents have insisted that Mt. Gox is an isolated case, caused by the company’s technological failures.

A class-action lawsuit was filed in a U.S. federal court in Chicago last week, which claims users had not been properly protected from the exchange’s security breach and instead were told false information, causing the loss of millions of dollars of their bitcoins.