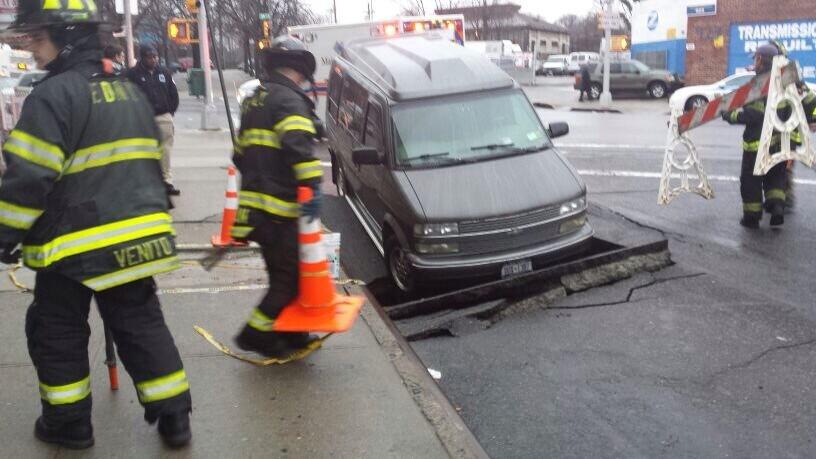 A van owner returned to his vehicle Sunday morning to discover it was stuck in a sinkhole.

The sinkhole formed on 39th Street and New Utrecht Avenue in Borough Park.

Officials from the Office of Emergency Management and the NYC Department of Environmental Protection were on the scene to assess the hole. A tow truck eventually pulled the van from the hole.

Neighbors say they could not believe what had occurred. Some of them blame nearby sidewalk construction for the sinkhole.

The van’s owner says he is relieved that his daughter was not in the car and that no one was hurt.