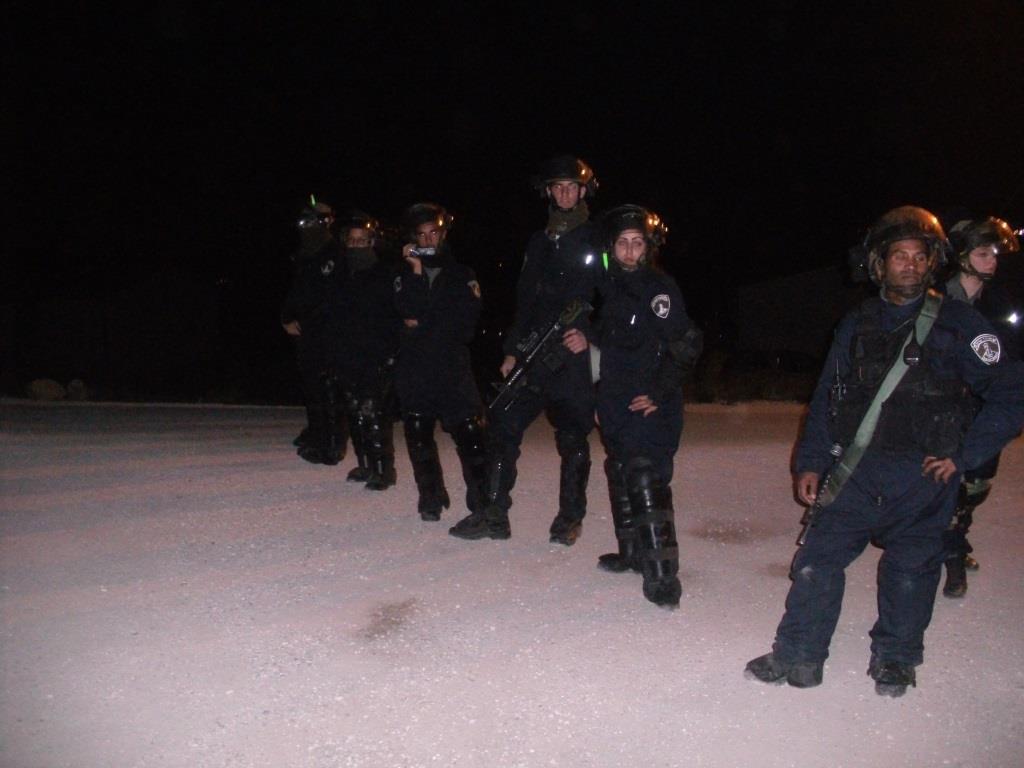 Police during the night (Monday – Tuesday) raided Yishuv Yitzhar in Shomron and destroyed a number of illegal structures.

Police destroyed one family home in the advanced stage of construction as well as a number of structures in the Shaked Farm area. Police report they encountered burning tires and roadblocks that compelled the use of stun and teargas grenades. Two people in their 60s were treated from inhalation of the teargas grenades. Six border policemen were injured in the operation.

Authorities report that following the destruction of the homes some residents attacked a nearby IDF post that protects the community. The soldiers abandoned the post, which was then significantly damaged in the attack, IDF officials report.