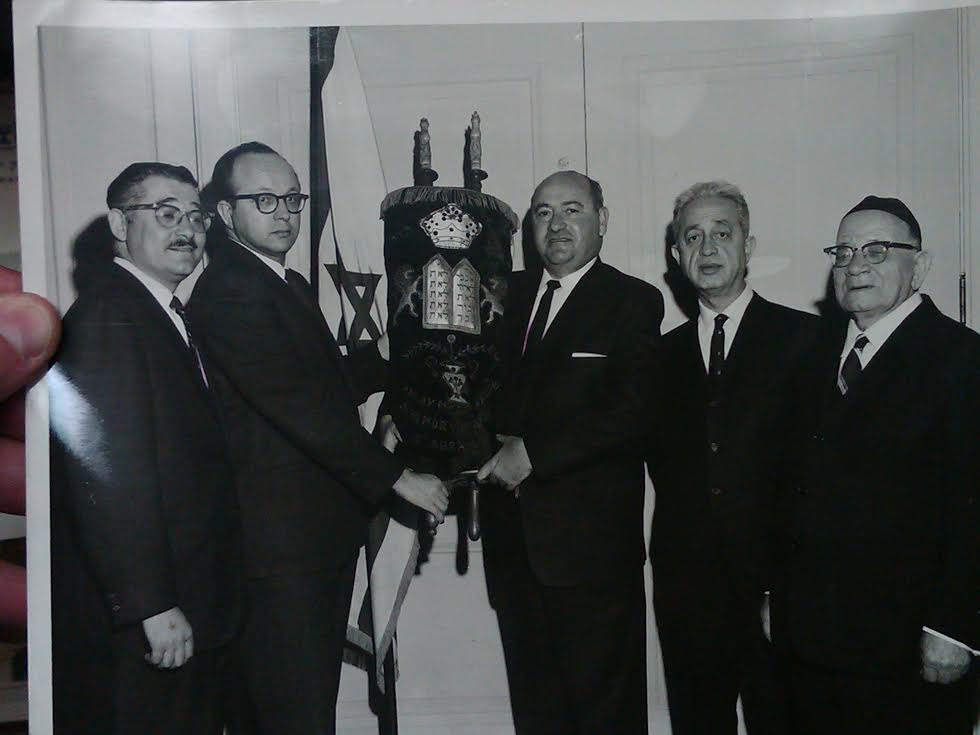 Six Sifrei Torah, including one from the Holocaust, have gone missing from historic Congregation Shaarey Tefillah in Perth Amboy, New Jersey. This is yet another blow among many that are slowly, painfully stripping this legendary shul of its glory. Currently involved in a bitter custody battle between those eager to get rid of it and those desperate to resuscitate it, the shul is being kept alive by a lone board member and the sole remaining frum resident of Perth Amboy, Hershel Chomsky. The remaining board members have given up on the makom tefillah and the rich history it represents and are seeking to sell it to an Indian cult group.

The  Shaarey Tefilloh Shul in Perth Amboy, NJ was founded as an Orthodox shul in 1903. The historic 110 year old synagogue saw a vibrant congregation in its heyday, with over a thousand people cramming into the magnificent on the Yamim Noraim during the 1950’s. The palace-like structure was destroyed in a fire in 1975 and the current building on Market Street was built.

The congregation then slowly dwindled as the population demographics in Perth Amboy shifted over the years, with most members of its formerly thriving Jewish community, among the oldest and largest in the state, departing for the suburbs in recent decades. Regular minyanim did continue until as recently as just a few years ago, when there were no longer enough members to sustain a steady minyan.

In 2010, in light of the drastic decline in membership, the board voted to sell the shul, much to the chagrin of board member Herschel Chomsky. A bitter court battle ensued, and the prospects for the shul’s future seem grim.

Throughout the duration of the trials and appeals debating the future of the shul and the Jewish community of Perth Amboy, Chomsky has faithfully tended to the upkeep of the shul, both materially and spiritually.

If you chance to walk into the embattled Shaarey Tefiloh shul on any given Shabbos of the year, you will find a poignant sight, the sight of one lone man davening in the hallway. Herschel Chomsky is determined that his shul hear the sounds of tefilloh echoing within its walls on a regular basis and so he steps in there every shabbos that he is home and davens his Shabbos tefillos there. It is cold and dark, and the door to the main sanctuary is locked, because his fellow presidium members are unwilling to accommodate his quest to prolong the life of this sacred makom tefilloh.

It was during  one of his solitary Shabbos tefillos that Mr. Chomsky discovered the apparent theft.

“I am shocked and heartbroken that someone would remove the Sifrei Torah from the sanctuary,” says Mr. Chomsky who has passionately and tirelessly endeavored to keep the shul in frum hands.

Herschel is distraught at the thought of the shul being transformed into a religious cult center, dashing his dreams of seeing a yeshiva take over the building, filling its hallowed halls with the sounds of Torah learning, and possibly even resuscitating the dying Jewish community.

The disappearance of the Torah scrolls have added another chapter to the sad saga of the Perth Amboy shul, whose poignancy lies in the tragedy of a congregation of hundreds reduced to one man in the hallway and stripped of its holy Torah scrolls, but even more so in the celebration of resiliency of the Jewish nation that Herschel Chomsky represents, the undying ability to fight until the very end and to never give up on the ideals we so cherish.

The Perth Amboy Police department is currently investigating the case and is requesting anyone with information to contact them at  732-324-3800.