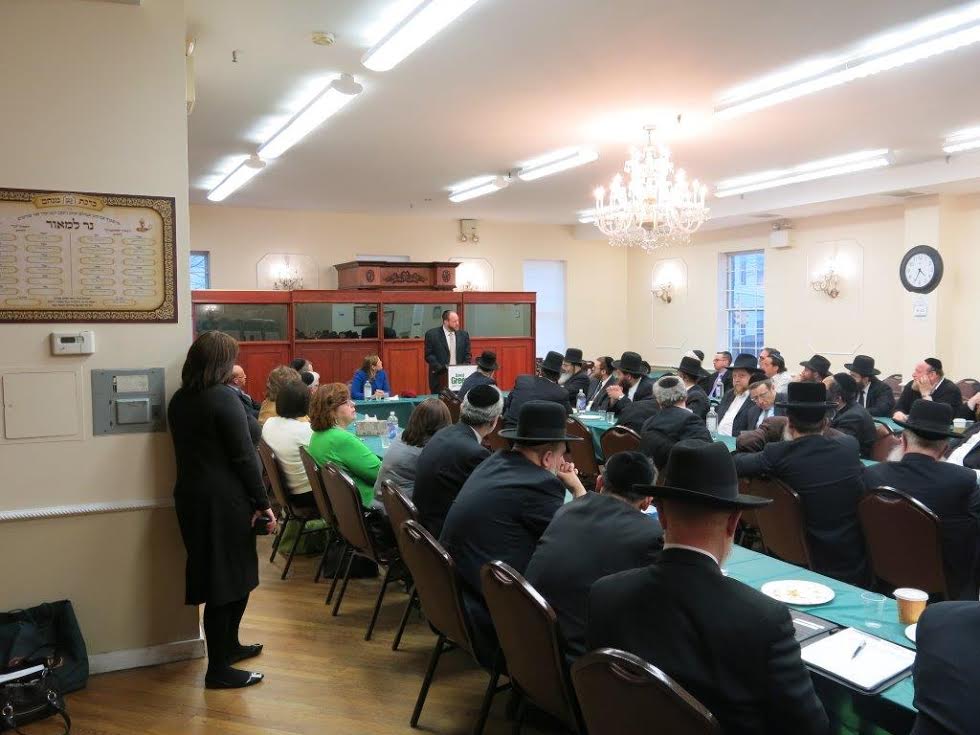 Councilman David G. Greenfield hosted NYC Council Speaker Melissa Mark-Viverito yesterday in his Borough Park office for a meeting with community leaders to discuss pressing issues of concern to Brooklyn’s Orthodox Jewish community. Greenfield first introduced the Speaker to nearly 100 community, not-for-profit and yeshiva leaders at a community forum followed by a trip to Masbia Soup Kitchen to help Masbia prepare food packages for those in need for Passover. The community leaders hailed from across Brooklyn including representatives from Boro Park, Midwood, Crown Heights and Williamsburg. During the community forum, Speaker Mark-Viverito learned firsthand about the challenges residents in Boro Park face, from the high cost of tuition and the need for childcare to the struggles small business owners face to challenges that parents of special-needs children have.

Speaker Mark-Viverito, who was elected as Speaker of the Council this January, has long been an advocate for New York’s neediest. On Monday, Councilman Greenfield introduced the Speaker to the chesed, compassion, of the community he represents while pinpointing specific programs New York City could support to ease the financial burdens of many in the Jewish community. Specific initiatives include ensuring that yeshiva and non-public school students have the same access to UPK programs as all New Yorkers, restoring priority 5 and 7 after-school vouchers in the city budget for families who cannot afford childcare, and improving yeshiva security to ensure that the community’s yeshiva children will be as safe as public school children. The community leaders in attendance at Greenfield’s forum illustrated these needs with questions for the Speaker and first-hand stories about the struggling families they serve. This meeting was especially timely as the City Council has recently begun negotiating with the Mayor’s office over next year’s budget. The forum allowed the Speaker to learn firsthand how important it is to preserve and add funding for programs that ease financial burdens faced by needy Orthodox Jewish families.

“The Orthodox Jewish community of Brooklyn is an incredible community. We have a level of charity, volunteers and dedication that few communities have,” explained Councilman David G. Greenfield. “I am grateful that Speaker Melissa Mark-Viverito spent time with me in Boro Park and Midwood to learn more about the chesed and compassion that is delivered in this community every single day. We certainly appreciate her support for the community, especially considering the need to keep funding so many vital charitable organizations.” 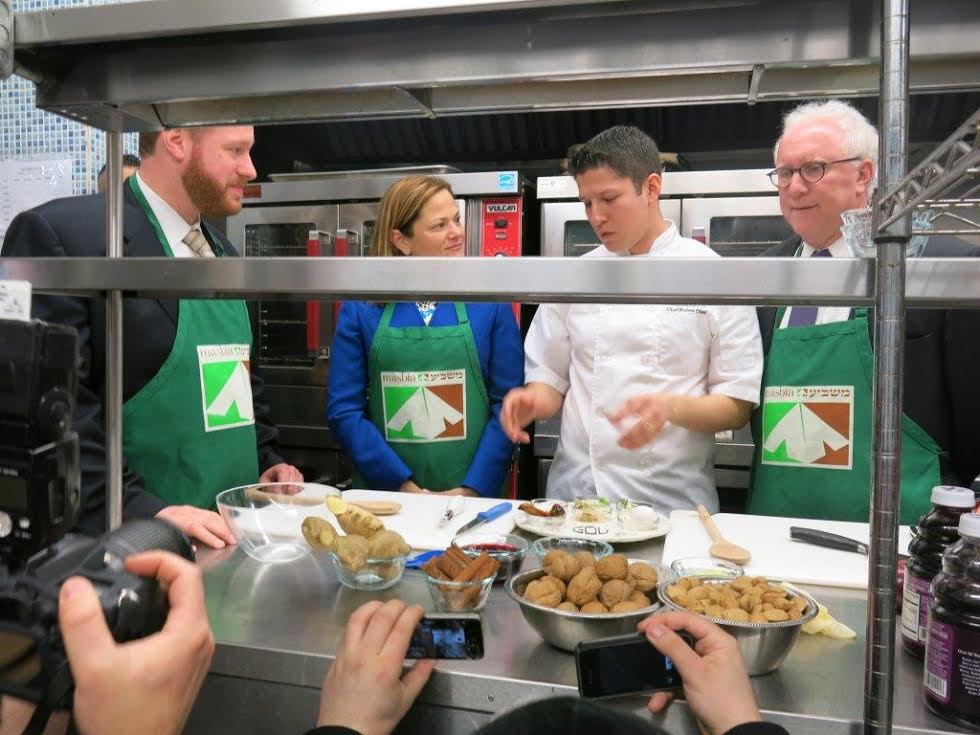 The generosity of the community was on full display as Speaker Mark-Viverito and Councilman Greenfield visited Masbia Soup Kitchen to prepare Passover food packages for those in need. Joined by Masbia Executive Director Alexander Rapaport, Boro Park JCC Executive Director Yeruchim Silber and CEO of Met Council David Frankel, the staff at Masbia explained the daily work they do to ensure no one in the community goes hungry. Rapaport and Masbia chef Ruben Diaz presented a sample Seder plate to the Speaker, explaining the significance of the items on the dish and the Passover holiday. Shortly thereafter, the visitors packed bags of nuts and apples to be distributed to thousands of families in the community before Passover as part of Masbia’s charitable charoset campaign.

Councilman Greenfield works closely with Speaker Mark-Viverito at City Hall. Greenfield is a member of the Speaker’s leadership team and the Council’s budget negotiating team, giving him the opportunity to ensure that his constituents have a strong voice in City Hall. Greenfield also chairs the influential Land Use Committee of the Council that approves all zoning changes in New York City.