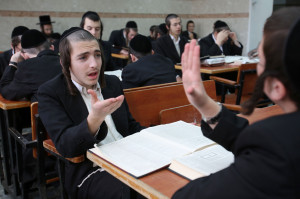 The following is via NY1:

t’s been a difficult decade for the city’s Catholic schools – a steady and significant decline in enrollment means there are now 47,000 fewer students and a hundred schools where the doors are closed for good.

It’s the exact opposite of what’s been happening with the city’s Jewish schools, where a growing Orthodox population has fueled a boom in Jewish education.

Now these opposing trends have crossed, and for the first time, the city’s Jewish schools serve the most students outside of the public system.

“That trend of growth is certainly going to continue, particularly in the yeshiva and more Hasidic circles, where the growth is really exponential,” said Yeshiva University Vice Provost Scott Goldberg.

NY1 also analyzed the state’s numbers and found the enrollment differences will likely increase rapidly over the next few years.

From the Orthodox section of Williamsburg to the research centers at Yeshiva University, everyone says the expansion is easy to explain. In Orthodox communities almost every child goes to Jewish schools and most families have many children.