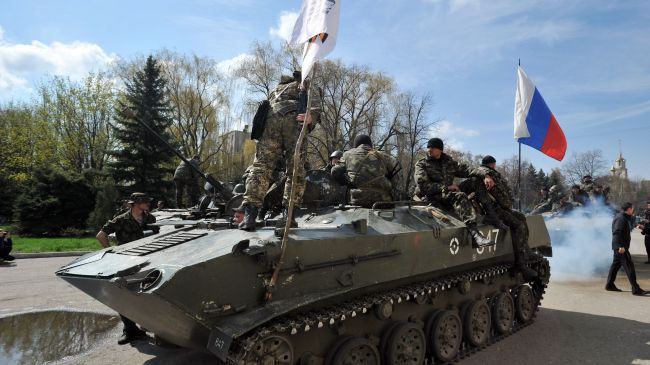 A group of six olim from the city of Donetsk in eastern Ukraine landed in Israel on Tuesday, 27 Iyar 5774 following a fast-paced operation put into action by the Jewish Agency for Israel due to the battles surrounding the city’s airport.

Battles between Ukrainian forces and pro-Russian rebels in and around the civilian airport of Donetsk broke out on Monday, following the country’s presidential election. Due to the escalation, the airport was shut down, all outgoing and incoming flights were cancelled, and the access road was blocked.

A group of six immigrants, including a couple with two twin baby girls from Donetsk and another couple from the city of Mariupol, was set to depart for Israel last night. Due to the battles and the airport’s closure, The Jewish Agency’s Russian-Speaking Jewry Unit decided to evacuate them overland to Dnepropetrovsk and to put them up in a local hotel until their departure for Israel. This morning, they boarded a plane from Dnepropetrovsk to Kiev and then another plane bound for Israel. The group landed at Ben-Gurion International Airport on Tuesday.

Chairman of the Executive of the Jewish Agency for Israel Natan Sharansky said “Jewish Agency representatives in Ukraine continue to be active in all areas and are prepared for any eventuality, as shown by this latest event in my own city of birth, Donetsk. Due to the current situation in the country, we have significantly expanded our activities, assisting those who wish to immigrate to Israel, bringing young people to experience life in Israel on a variety of Jewish Agency programs, providing Hebrew classes, and so on.”

According to The Jewish Agency’s Russian-Speaking Jewry Unit, approximately 30,000 Jews live in Donetsk Oblast, of whom some 11,000 live in the city of Donetsk. The Russian-Speaking Jewry Unit is now preparing to bring additional families from the area in a similar manner should the battles not subside and should the airport not reopen. Jewish Agency representatives are in close contact with the Jewish communities in the area and are prepared to offer immediate assistance, should the need arise.

According to Jewish Agency data, the first four months of 2014 saw a 142% increase in Aliyah (immigration to Israel) compared to the comparable period in 2013. 762 immigrants from Ukraine arrived on Jewish Agency Aliyah flights between January and April, compared to 315 between January and April 2013. During the month of March, 222 Ukrainian immigrants came to Israel, a 200% increase from March 2013, when there were 74. April saw a dramatic increase in Ukrainian Aliyah, with 383 immigrants arriving, compared to 97 in April 2013 – a 295% increase. Jewish Agency representatives have also noted a dramatic increase in the number of individuals who have started the Aliyah process, as well as in the number of individuals who have contacted the Jewish Agency in order to receive counseling and information regarding Aliyah.

The Jewish Agency has some 90 staffers on the ground in Ukraine, strengthening Ukrainian Jews’ connections to Israel and the Jewish world and assisting those interested in making Aliyah.