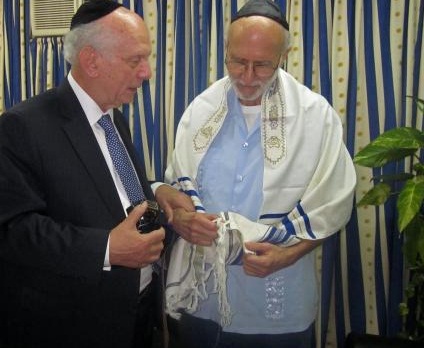 The mother of an American who was imprisoned in Cuba while working to set up Internet access there has died.

The family of 92-year-old Evelyn Gross said Wednesday that she died in Plano, Texas. She had suffered from lung cancer.

Alan Gross was arrested in Cuba in 2009. The Maryland man had been working covertly in Cuba as a subcontractor for the U.S. government’s Agency for International Development. He is serving a 15-year sentence.

Evelyn Gross’ illness had played a role in her son’s pleas for release. Alan Gross asked to see his mother before she died and had promised to return to Cuba if he had been allowed to visit.

When Gross began a hunger strike this year, his mom persuaded him during a phone call to end it.