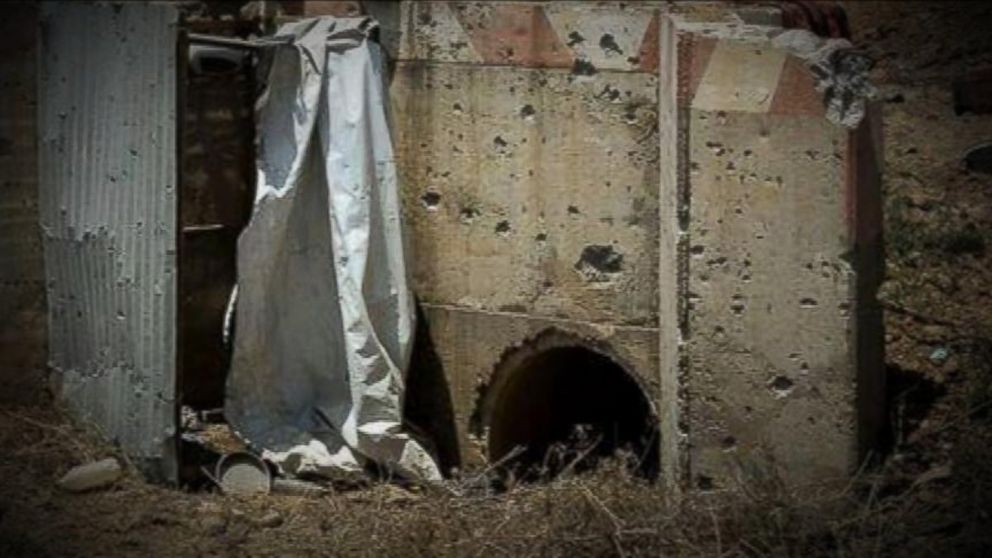 Israeli bulldozers on Saturday demolished more than a dozen tunnels the military said were being used by Hamas terrorists to sneak beneath the southern border of the Jewish state and carry out attacks on its soldiers and civilians.

Palestinians reported intensified airstrikes and shelling as the death toll from Israel’s ground offensive rose to at least 342 Palestinians, including many civilians. Five Israelis — three soldiers and two civilians — have also been killed since the fighting began more than 10 days ago, and dozens of Israelis have been injured as Gaza rockets continue to rain down on Israeli cities.

Israeli soldiers uncovered 34 shafts leading into about a dozen underground tunnels, some as deep as 30 meters (yards), the military said. Israel views the tunnels as a strategic threat, and demolishing them is a high priority in their campaign.

Still, Palestinian terrorists disguised in IDF uniforms managed to infiltrate Israel from Gaza using another tunnel and on Saturday killed two Israeli soldiers and injured several others, the military said. At least one Palestinian was killed in the clash.

Hamas said 12 of its fighters participated in the attack and that the group took some of the soldiers’ weapons back to their hideouts.

In two other confrontations, Palestinian terrorists jumped out of tunnels and shot at soldiers who returned fire. Two of the terrorists were killed. Another terrorist died when the explosive vest he was wearing went off, the military said.

In one instance, the terrorists were found with tranquilizers and handcuffs, indicating they “intended to abduct Israelis,” according to the military.

It was the second day that Palestinians had used their network of underground tunnels to penetrate Israel in the current round of fighting. Israel embarked on its ground offensive on Thursday, the same day 13 heavily armed Palestinians sneaked through a tunnel from Gaza and emerged inside Israel near a southern community. The terrorists were killed by an airstrike after they popped out of the tunnel.

Shimon Daniel, a retired brigadier general and former head of the Israeli military’s engineer corps, said the military knew that Hamas had a large number of tunnels designed to assault Israel.

“I think finding 13 tunnels in such a short time is a great achievement,” he told Channel 10 TV.

He said demolishing the tunnels is dangerous. Troops must assume the passages are booby trapped. Soldiers first close off the area and check for additional openings. Then robots go inside to look around, he said.

After that, the tunnels are destroyed either by special explosives or by heavy equipment. It can take up to 12 hours to destroy each tunnel.

Footage released by the Israeli military showed tunnels being demolished by army excavators and other equipment on the ground and by airstrikes from above.

In Israel, a Gaza rocket killed a man near the southern city of Dimona and wounded four people, police said, marking the second Israeli civilian casualty from the fighting. An Israeli soldier was killed after the start of the ground operation, probably from friendly fire. Another Israeli civilian was killed earlier in the week when a mortar fired from Gaza exploded as he was delivering food to soldiers stationed on the Israeli side of the border.

Casualties could mount quickly if the military moves deeper into urban areas.

Some 50,000 Palestinians are already staying in United Nations shelters, according to UNRWA, the U.N. refugee agency for Palestinians.

The IDF said it has hit more than 2,500 targets in Gaza, including 1,100 rocket launchers, during the 12 days of fighting. It said that some 70 terrorists were killed and another 13 brought to Israel for questioning.

Gaza militants have fired more than 1,760 rockets at Israeli cities since July 8, the military said.

The military said also it had received intelligence reports that Palestinians had strapped explosives to animals and intended to send them toward soldiers. A donkey laden with explosives approached soldiers later on and blew up causing no injuries, it said.

Israel’s ground attack came after it became increasingly exasperated with rocket fire from Gaza, especially after Hamas rejected an Egyptian cease-fire plan earlier in the week.

Egyptian Foreign Minister Sameh Shukri on Saturday repeated a call for the two sides to adopt the cease-fire, saying it is the only offer on the table, despite efforts from Hamas backers Turkey and Qatar to broker a deal.

“It meets the needs of both sides,” he said. “We will continue to propose it. We hope both sides accept it.”

In a fresh effort to broker a truce, U.N. Secretary-General Ban Ki-moon left Saturday for the Middle East to help mediate the Gaza conflict. Ban was to arrive Sunday in Qatar and then travel to Kuwait City, Cairo, Jerusalem, Ramallah in the West Bank and Amman, Jordan, according to a U.N. statement.

Israeli officials have said the offensive could last up to two weeks or possibly longer.

Also Saturday, Egypt opened its border crossing with Gaza, admitting wounded to Egyptian hospitals and allowing aid and doctors back in.

Hamas, which has ruled Gaza since 2007, has survived Israeli offensives in the past, including a major three-week ground operation in January 2009 and another weeklong air offensive in 2012. It now controls an arsenal of thousands of rockets, including long-range projectiles, and has built a system of underground bunkers.

But Hamas is weaker than it was during the previous two offensives, with little international or even regional support from its main allies, Turkey and Qatar.