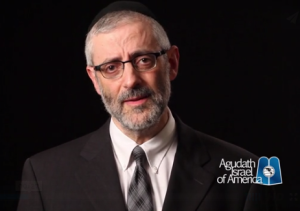 Yesterday, Agudath Israel of America issued a statement in response to the alarming rise in anti-semitic incidents around the globe and the increasingly serious situation in Israel.

Today, Agudath Israel announced an emergency delegation to Capitol Hill to meet with members of the Senate Foreign Relations Committee and House Foreign Affairs Committee to thank them for funding the Iron Dome and appeal to them to take note of the rise in anti-semitism and take action.

Watch the video below for an important message from Rabbi Chaim Dovid Zwiebel, executive vice president of Agudath Israel of America: