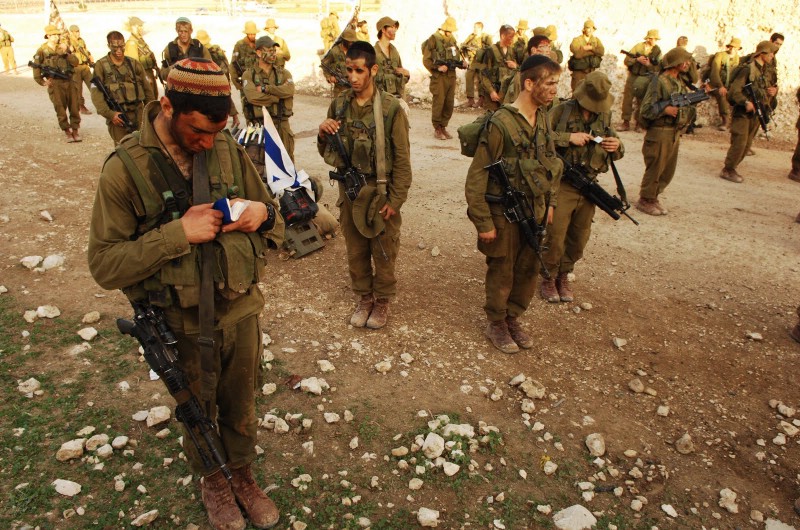 23:54:  Reports of Arab rioting in Eastern Jerusalem neighborhoods complete with rocks and firebombs.

22:04: 2 terrorists killed in southern Gaza after firing on IDF soldiers.

21:54: France FM to Israel: Stop the ‘massacres and attacks.

20:50: In an amazing outpouring of respect, solidarity and support for the family, 20,000 people attended the Monday night levaya in Haifa for IDF ‘lone soldier’ Sgt. Nissim (Sean) Karmeli HY”D, 21, from Ra’anana. He made aliyah to Israel from Texas. Participants in the levaya explained they wanted to show him and other they are not alone but “the soldiers of all Am Yisrael”.

His parents arrived to participate in the levaya.

21:05: IDF appears to be getting ready for a heavy operation in Beit Hanoun in N. Gaza as illumination flares are seen over that area.

20: 49:  Golani Brigade Commander Colonel Rasan Elian (Pictured Below) walked out of Soroka Medical Center and has assumed command of his force in Gaza once again. He told the media “If I had a bus and brought it here the soldiers would line up to get on and resume the battle”. 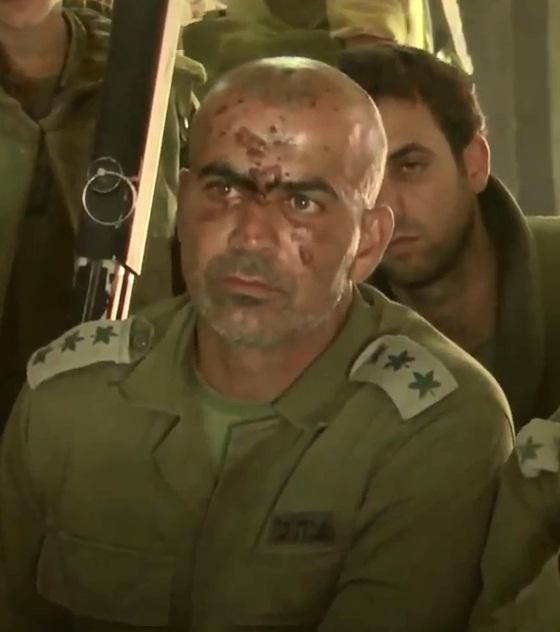 20:25: KLM has canceled its Tuesday flight from Amsterdam to Tel Aviv.

20:24: Former Israel Air Force Commander Major-General Eitan Eliyahu explains when aircraft drop to low altitudes to rescue soldiers, provide cover or other reasons; they are at risk as Hamas is trying desperately to down an aircraft or helicopter with anti-aircraft ire. He explains the air force is using the most advance technology available to prevent this from happening.

Sirens in Yavne, Ashdod and the surrounding areas.

20:19: A number of European carriers appear to have followed suit and have suspended flights to Tel Aviv. Travelers are urged to contact their travel agents for instructions.

21:01: Repeated sirens as another wave hits many of the areas listed previously.

20:09: Channel 2 News reports Hamas has just released a statement that it is not accepting the proposals on the table for a ceasefire. The terror organization adds that any and all negotiations for Sgt. Oron Shaul will be separate from a ceasefire agreement.

20:02: Sirens reportedly sounding in Eilat at this time.

20:02: Sgt. Oron Shaul is listed as “missing” and not “dead” by the IDF for as long as there is no proof that he is no longer among the living.

19:59: Twenty-eight European Union foreign ministers call for the disarming of Hamas and all other terrorist organizations in Gaza.

19:58: For the second time in a week, rockets have been found in an UNRWA school in Gaza.

19:55: UPDATE FROM SOROKA HOSPITAL: 45 soldiers remain hospitalized of which three are in serious condition, twenty moderate and the remainder light.

It is added that so much food has been brought to the hospital for the wounded that the patients and staff simply cannot eat any more.

19:49: Israel Electric Company CEO explains that only 4 of 10 lines to Gaza are operational and repairs will not be carried out for as long as IEC technicians will be at risk.

17:58: Senior Israeli official: “We need another 1 to 2 weeks to destroy terror tunnels in Gaza”

17:36: Steinberg funeral set for 11 a.m. tomorrow in Jerusalem. Steinberg, 24, was a US citizen who was volunteering for service in the IDF. He was killed early Sunday morning when his APC was struck by a Hamas anti-tank rocket

17:19: Palestinians: Ceasefire talks failing because of the rearrests of terrorists released in Shalit deal.

17:14: Kerry urges Hamas to seek peace based on Egyptian proposal.

15:39: One rocket has been intercepted over Chof Ashkelon a few minutes ago.

15:13: The IDF says that they have attacked more than 187 terrorist targets in Gaza on Tuesday. Additionally, they have uncovered 66 entrances to 23 tunnels and bombed the entire lengths of six of them.

14:42: At least two rockets have been intercepted by the Iron Dome over Beersheva.

11:48: A rocket scored a direct hit on a home in Yehud, not far from Tel Aviv. There is heavy damage reported, but only two minor injuries.

11:30: Two IDF soldiers were seriously injured outside Gaza on Tuesday morning, when a grenade they were handling exploded.

09:09: There are 123 IDF soldiers wounded in the ground operation in Gaza currently hospitalized in four medical centers around Israel.

06:58: The IDF says they struck more than 100 terror targets in Shejaiya, the Hamas terror stronghold in Gaza. Approximately 20 Hamas terrorists were eliminated.

03:14: A rocket was just intercepted over Beersheva by the Iron Dome.

01:31: According to Arab media reports, there will be a 5 hour “humanitarian ceasefire” on Tuesday morning starting at 10:00. This has not been confirmed by the IDF.

01:30: An Israeli is in serious condition after being shot by a terrorist in the Shomron. Details still unfolding.

01:17: The Arab League is insisting the Hamas accept the Egyptian proposed ceasefire agreement.

01:03: Four residents of Gaza have been evacuated from the area to Tel Hashomer Hospital. They include two children. It is unknown was their conditions were, or why they were evacuated.

00:42: According to initial reports, a 21-year-old Palestinian has been been shot dead in an area north of Jerusalem, but the circumstances of the incident are unclear. It appears that the Palestinian was throwing rocks at vehicles when a driver may have shot him dead.

00:23: At least 10,000 people are participating in the Levaya of Nissim Sean Carmeli, ‘the IDF lone soldier’ from Texas who was killed in Gaza operation.

00:15: The U.S. State Department is “warning Americans against travel to Israel, West Bank and Gaza because of hostilities”.

00:10: Ynet reports that there are international efforts underway to reach a ceasefire agreement and that Jerusalem is carefully considering the results.

00:07: The commander of the elite Egoz unit in the IDF was seriously injured in Gaza on Monday.

UPDATE: 12:00AM IL: With the clock striking midnight on Monday evening / Tuesday morning, Israel has now entered “Day 15 of Operation Protective Edge”. Stay with YWN as we continue our non-stop 24 hour news coverage – updated just seconds after an event occurs.