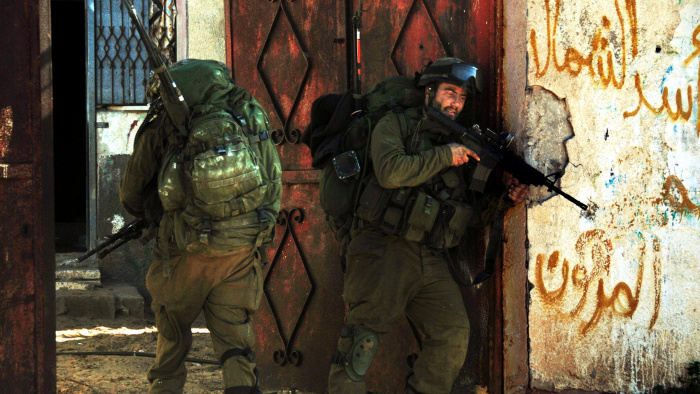 21:26: Gaza reports the death toll at a minimum of 660 dead and thousands wounded.

21:16: Hamas leader Khalid Meshal in Qatar announces “We are the victims. We are responding to attacks against us”.

21:11: Haaretz correspondent David Ravid reports Russian President Putin has signaled his willingness to assist in mediating a ceasefire between Hamas and Israel.

21:07: At least eleven rockets were fired in the last barrage. Authorities are keenly aware that Hamas will continue firing towards Gush Dan in the hope of keeping Ben-Gurion International Airport closed to international carriers.

Almoz explains the counter-terrorism offensive in Gaza is moving ahead.

20:42: Ofir and Bat Galim Shaar, the parents of Gilad HY”D visited the family of missing IDF soldier Sgt. Oron Shaul. They explained to Oron’s parents that have the tools to assist them through this most difficult and agonizing situation.

Shaul was among the soldiers in a Golani Brigade APC that was hit with a rocket, killing six soldiers. Hamas claims Oron is their prisoner, not specifying if he is dead or alive. The IDF denies the accuracy of the Hamas claim.

20:37: The IDF spokesman told Channel 2 News moments ago that the IDF now controls many areas of Gaza

20:33: During the last hours, Hamas fired mortar shells at IDF field hospital at Israel side of Erez Crossing where Gaza wounded are being treated.

20:16: Prime Minister Netanyahu condemns UN rights council decision as a travesty that should be condemned by decent people everywhere.

20:02: The UN Human Rights Council in Geneva has decided to form an international commission of Inquiry into alleged Israeli war crimes in Gaza.

20:01: The IAF targeted a vehicle in Khan Yunis killing four and wounding two others seriously. It is believed that among the dead is senior Islamic Jihad terrorist Muhmad Sinwar, the Khan Yunis area commander, who was a major player in the abduction of IDF soldier Gilad Shalit.

19:59: Sirens in Nir Yitzchak, Sufah and surrounding communities once again.

19:58: The FAA has officially announced it is extending its flight ban to Tel Aviv for an additional 24 hours. Read the story.

19:57: Sirens in the Ashkelon Coast Council.

19:55: Sirens sounding in the Eshkol Council. 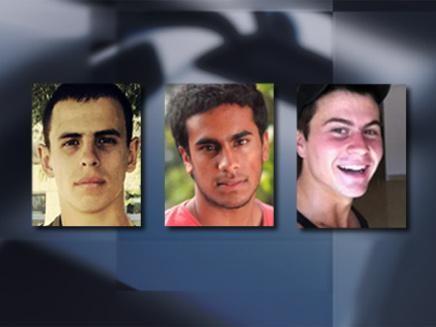 18:55: The air force has attacked a building in the Jabalya area of Gaza housing the commander of the Islamic Jihad and some of his troops.

18:53: Italian airlines NEOS has announced that seven flights will land in Uvda Airport on Thursday after Transportation Minister Katz today authorized the use of the airport for commercial flight. This permits the airline to avoid the Tel Aviv area as it wishes to do.

18:45: Sirens sounding once again the Ashdod and Ashkelon districts.

18:34: Hamas releases a message that the closure of Israeli air space to commercial aircraft is a victory for the resistance.

18:25: Sirens in Nirim and surrounding communities.

18:16: Sirens in the Beersheva district once again.

18:11: Sirens in Beersheva and the surrounding area

18:07: Sirens once again in the Ashdod and Ashkelon districts. Multiple sirens in those areas.

17:47: Visiting US Secretary of State John Kerry is now meeting with President Shimon Peres, who steps down from office next week.

17:38: With the assistance of the IDF Coordinator of Activities in the Territories, six Gaza wounded were transported to Jordan and eastern Jerusalem. A total of 17 wounded Gazans have been sent to either Jordan or eastern Yerushalayim since the operation began.

Jordanian ambulances are permitted to the Erez Crossing in Israel, and from there they evacuate some wounded to Jordan.

17:34: Defense Minister Moshe Ya’alon announced the IDF is now moving to the next stage of the operation, destroying  the tunnels that were uncovered.

17:05: The commander of the 401st Armored Corps Brigade Colonel Saar Tzur reports the Windbreaker anti-tank rocket defense system permits his tanks to advance in Gaza without fear of rocket attacks.

16:53: YNET reports the Red Cross has called a humanitarian ceasefire in the Bet Hanoun and Shajaia  areas of Gaza to permit evacuating wounded residents.

16:43: Former left-wing minister and MK Chaim Ramon told Channel 2 News that history has shown us a ceasefire agreement with Hamas is worthless for Hamas always violates it. He added that with each agreement the ceasefire violations by Hamas occur quicker. Ramon adds a deal cannot be made with Hamas, which only has one friend in the world, Qatar.

Ramon warns against making Hamas a legitimate entity regarding a ceasefire for it cannot succeed.

16:37: 21 wounded IDF soldiers arrived in Soroka Hospital in the last hours. One is listed in critical condition, one serious, two moderate and the remainder light.

16:32: Another security situation is reported in the Ashkelon Coast communities at this time. Residents are instructed to remain locked indoors as the IDF combs the area, fearing a possible terrorist infiltration.

16:21: Transportation Minister Yisrael Katz authorized using Uvda Airport in the Negev for commercial flights in the hope of persuading airlines to resume flights to Israel but it appears the move did little to allay FAA fears.

16:17: Mrs. Rivital Gantz, the wife of the IDF Chief of Staff Lt.-Gen. Benny Gantz was among the many citizens arriving in Soroka Hospital in Beersheva to visit the wounded.

16:01: Since US Secretary of State John Kerry’s Boeing 757 jet is considered a military aircraft, it is a Special Air Mission flown by the Air Force and it did not violate FAA ban on flights to Tel Aviv.

15:46: Foreign airlines have announced the cancellation of flights to and from Israel in the coming 24 hours as well.

15:10: Eighty flights were canceled at Ben-Gurion International Airport as a result of the FAA announcement to halt flights.

15:01: The IDF uncovered IDF uniforms, maps and weapons inside a tunnel entrance in Gaza.

14:45: B’chasdei Hashem, once again there are no reports of injuries in the last very large wave of rocket fire to many areas of Israel.

14:40: Brigadier-General (reserves) Effie Eitam, who is known as a right-wing hawk: The Goldstone era is behind us. Today, both the United States and the European community are aware of what Israel is up against and the need to complete the operation to strip Hamas of its military capabilities. A civilian government must replace Hamas in Gaza, and Israel will be pleased to help the latter.

14:23: Brigadier-General (reserves) Giora Inbar, who admittedly is aligned with the political left-wing, explains that if we permit the painful loss of life paralyze us, it will lead to additional loss of life. The operation must move ahead until Hamas is demilitarized.

14:07: One rocket was intercepted over Ashdod and two others over Ashkelon. Some rockets landed in open areas.

13:32: Anti-aircraft fire originated in Wafa Hospital during recent days as well as light weapons fire against soldiers operating in the area.

13:29: Four El Al planes in cooperation with the Foreign Ministry began to bring home passengers stranded in Ankara as carrier’s halted service to Israel. El Al hopes all of the thousands of Israelis stranded in Turkey will be home by Thursday.

“Hamas has delivered a powerful message to the world. With one rocket from Gaza they closed down our airport. With an independent state overlooking three quarters of Israel’s population, they could close down the entire country.”

13:23: Deputy Knesset Speaker Moshe Feiglin: It is unethical to endanger IDF soldiers to protect Gazans. They elected Hamas by a huge majority in approval of terror.

13:20: The IDF has launched a strike against Wafa Hospital in Gaza after attacks against soldiers in Gaza were launched from the complex during recent days. The attack was preceded by warnings to evacuate the structure. The IDF learned the hospital has been serving as the war room and command center for terror leaders.  Read the article.

13:09: Hundreds of Khan Yunis residents of southern Gaza have fled, facilitating the IDF operation in that location.

13:08: Soldiers detected 3-to-4 terrorists exiting a tunnel in southern Gaza. The force opened fire killing one of them. The others fled.

13:06: IDF SPOKESMAN: We have destroyed 30-40% of Hamas’ rockets since starting our operation in Gaza.

13:02: One rocket was intercepted by the Iron Dome over Ashkelon and two others landed in open areas.

12:56: The foreign worker wounded in a mortar shell attack earlier has died of injuries. He becomes the second civilian killed in Operation Protective Edge. Read the story.

12:48: Sirens sounded in the Ashkelon Coast Regional Council a few minutes ago.

12:47: The security alert in the Shar HaNegev area has been called off.

12:45: Channel 2 News reports 30,000 people took part in the levaya for lone soldier Sgt. Max Steinberg HY”D from Beersheva. Steinberg was a lone soldier who made aliyah from California.

12:36: Route 232 in the Shar HaNegev Council area is closed due to an ongoing ‘security incident’.

12:32: A foreign laborer working in a field was seriously injured in a mortar attack in Ashkelon Coast Council community.

11:46: Finance Minister Yair Lapid has approved another delay in tax payments for businesses located within 40km of the Gaza border.

11:27: Due to the many levayas taking place in the Har Herzl Military Cemetery in Jerusalem R”L, persons planning to take part are urged to allow additional time for traffic snarls and street closures in the area of the beis hachaim.

11:20: At least one rocket was intercepted over Sderot and five over Ashkelon.

11:17: US Secretary of State John Kerry has arrived in Israel. He will be meeting with Prime Minister Binyamin Netanyahu and PA Chairman Mahmoud Abbas (Abu Mazen).

09:36: El Al CEO David Maimon told Channel 2 News that the company is doing everything possible to accommodate thousands of stranded passengers trying to get to and from Israel. He reminds travelers that it is summer and therefore, the airline does not have many spare planes since it is peak travel season. The airline is adding flights between Tel Aviv and New York but Maimon admits El Al cannot compensate for a number of carriers halting service. He stresses El Al is not increasing prices but reminds travelers that during summer months prices are generally higher than other times of the year.

09:11: Former Former ISA (Israel Security Agency – Shin Bet) director  Avi Dichter told Ynet “If they shoot a minimum of once a week at Ben-Gurion International Airport, it is sufficient to exacerbate the situation.

09:07: In rocket attacks a short time ago, four mortar shells landed in open areas in the Eshkol Regional Council.

09:04: Twenty-one IDF soldiers are admitted to Tel Hashomer Hospital in Tel Aviv of which 12 are listed in serious and moderate condition and eight light.

09:01: Sixty-one soldiers are being treated in Soroka Medical Center in Beersheva, of which forty-three are in intensive care units, three listed as serious, 19 moderate and 21 light.

08:42: 15 wounded are hospitalized in Barzilai Hospital in Ashkelon this morning including 11 IDF soldiers. A number of the wounded were transferred to other hospitals to facilitate family visits.

08:06: Former NYC Mayor Michael Bloomberg is heading to Israel on an El Al flight Wednesday in a showing of solidarity as well as to show travelers there is no reason to fear flying to Israel.

07:10: Sirens sounding in Kibbutz Nirim and Ein HaShloshah once again.

06:57: The IDF killed 30 terrorists in Gaza in the past 24 hours and 210 since the beginning of the ground operation.

06:51: El Al announced it will continue regular flights to and from Israel despite cancellations by other airlines. The airline added that priority will be given to passengers who purchased tickets in advance.

05:50: Two IDF Soldiers Killed R’L Over Night in Gaza. The death toll of soldiers is now up to 29. Read the article.

01:13: The American government criticized the UN agency UNRWA for passing on 20 rockets found in one of their schools in Gaza to local police, which are Hamas members.

00:52: On Tuesday, 67 rockets and mortar shells landed in Israeli territory, and 18 rockets were intercepted by Iron Dome.

00:10: IDF aircraft and tanks are attacking dozens of terrorist targets in the south and north of Gaza. Large explosions are being reported.

UPDATE: 12:00AM IL: With the clock striking midnight on Tuesday evening / Wednesday morning, Israel has now entered “Day 16 of Operation Protective Edge”. Stay with YWN as we continue our non-stop 24 hour news coverage – updated just seconds after an event occurs.