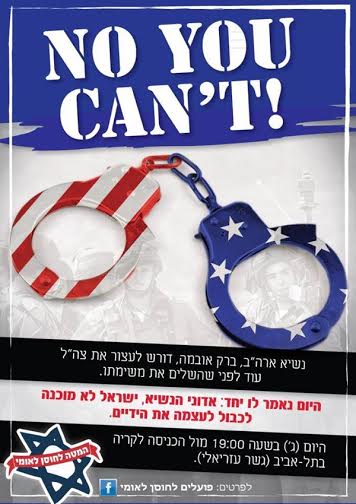 A rally is being held on Tuesday evening 2 Menachem Av at 19:00 opposite the Defense Ministry in Tel Aviv at the Azrieli Bridge.

The message of participants will be directed at US President Barak Obama, telling him that he cannot tie the hands of the IDF before the military completes its mission in Gaza. Participants will decry the lack of White House support for the IDF and America’s main Mideast ally as the IDF is working to disarm Hamas.

Instead of coming out strongly in favor of Israel’s operation, to rid the world of Hamas, President Obama’s administration continues to undermine the efforts of the IDF and pressure the government to accept a ceasefire that is most unfavorable for Israel.