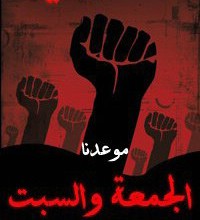 FBI Director James Comey said Monday that he doesn’t know how many Americans have tried to join Islamic insurgents fighting in Syria, but that they represented an urgent threat to the United States.

Comey, who spoke Monday at the FBI’s field office in Dallas, talked about so-called homegrown terrorists or “lone wolves,” who use the Internet to connect with others interested in “jihad,” an Arabic term often used to mean holy war.

The FBI and other agencies have arrested several people across the United States this year on charges that they discussed trying to go abroad to join terrorist groups. In separate Texas cases this year, a University of Texas student and a Central Texas father were accused of planning to engage in jihad.

Comey first estimated he knew of about 100 people who had gone to and from Syria, or had been caught trying to so. But he later hedged on that figure.

He said FBI agents tried to distinguish between people only chatting about potentially extremist ideologies — whom he called “mouth-runners” — and those taking active steps to engage in terrorism.

“This is a great country with lots of traditions of protecting mouth-running,” he said. “We should continue that. But those who are inclined to cross the line, I’ve got to focus on them.”

The Central Texas man, Michael Todd Wolfe, was arrested in June at Houston’s Bush Intercontinental Airport, where federal agents say he was waiting with his family to fly to Denmark on his way to the Middle East.

Thousands of foreign fighters have come to Syria from around the world to fight against President Bashar Assad’s forces after the uprising against his government began three years ago.

The war, which began in 2011, has since taken on strong sectarian overtones, pitting a Sunni-led insurgency that includes al-Qaida-inspired extremist groups against a government dominated by Assad’s minority Alawite sect, an offshoot of Shiite Islam.