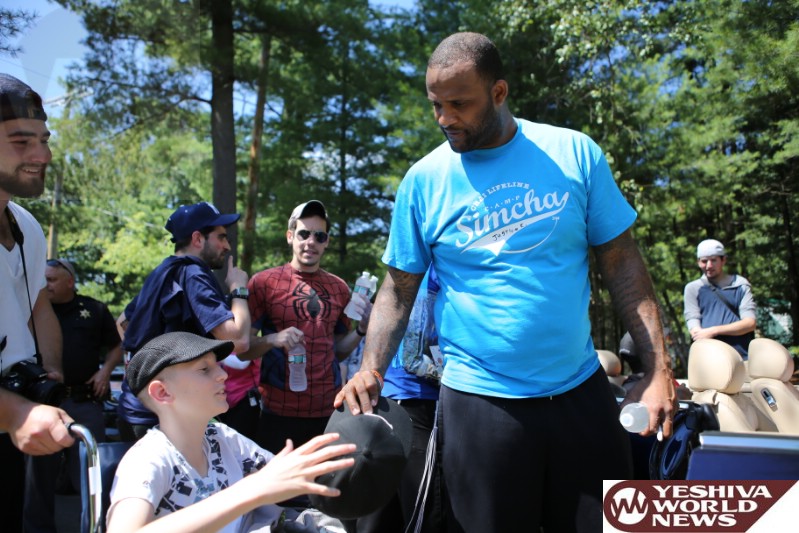 The children of Camp Simcha know what it’s like to be on the disabled list. Perhaps that’s why they and CC Sabathia, starting pitcher for the New York Yankees, developed an instant connection when the major league star visited the camp on Tuesday.

Sabathia’s arrival was heralded by the lights and sirens of his police honor guard. But the sirens were no match for Camp Simcha’s children and counselors, who formed a human tunnel to welcome him to the camp. The 6’ 2” athlete was visibly moved, not only by the cheers, but by the presentation he received from the campers: a handmade plate painted with the New York Yankees logo and inscribed, “You made us feel better. We hope you feel better.” (Sabathia is currently recuperating from season-ending knee surgery. He has already announced his intention to resume his career next spring.)

The MLB legend demonstrated ultimate sportsmanship, signing baseballs and jerseys for each of the campers, shaking their hands, and speaking personally to all. He also demonstrated his major league style on Camp Simcha’s baseball field, pitching to campers before his departure.

“It was an incredible treat for our campers. They had a great time and it really looked like he enjoyed his visit as well,” said Shaindy Lowenthal, the camp’s program director.

Rabbi Simcha Scholar, Chai Lifeline’s executive vice president, appreciated the star’s visit as well. “Mr. Sabathia made them feel less alone in their battles against illness. He encouraged them to keep fighting, because we all have it in us to do great things.” 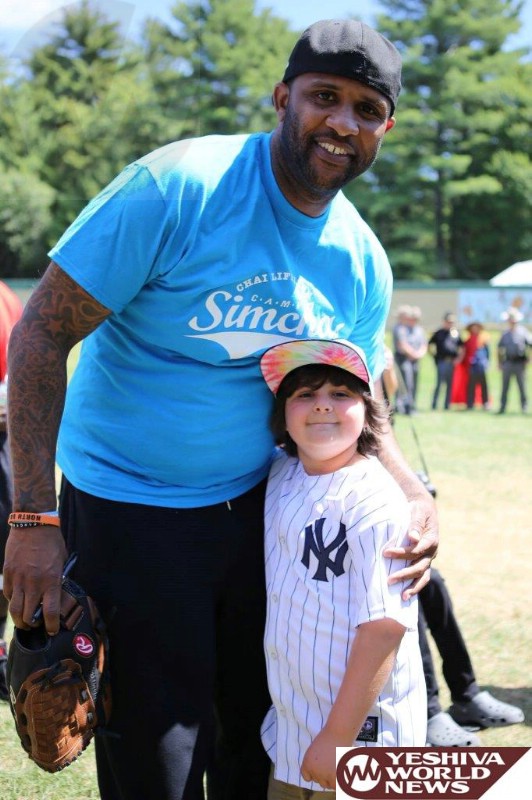 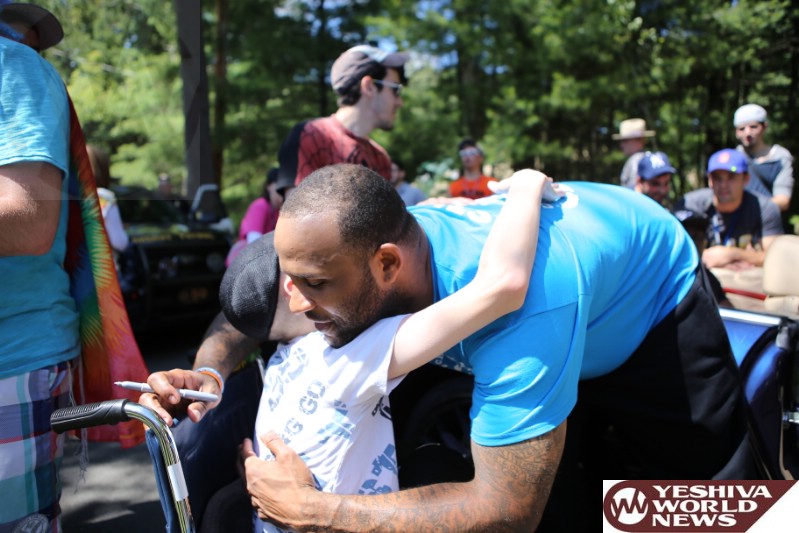 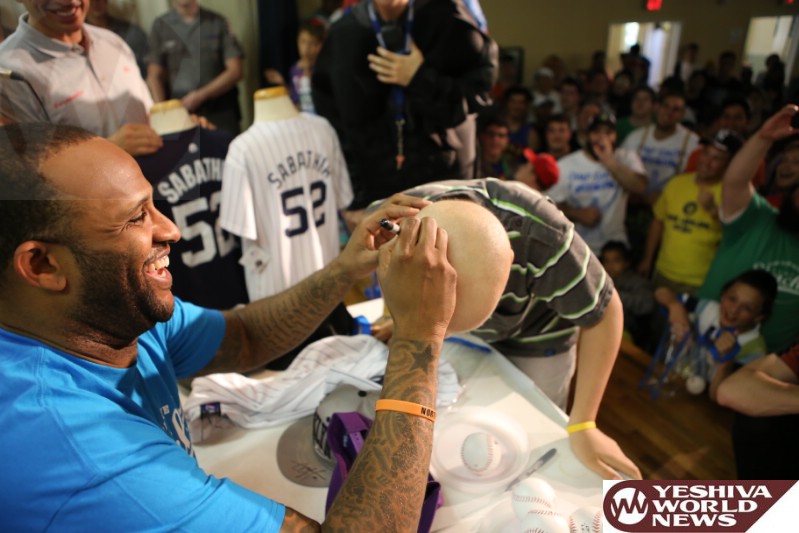 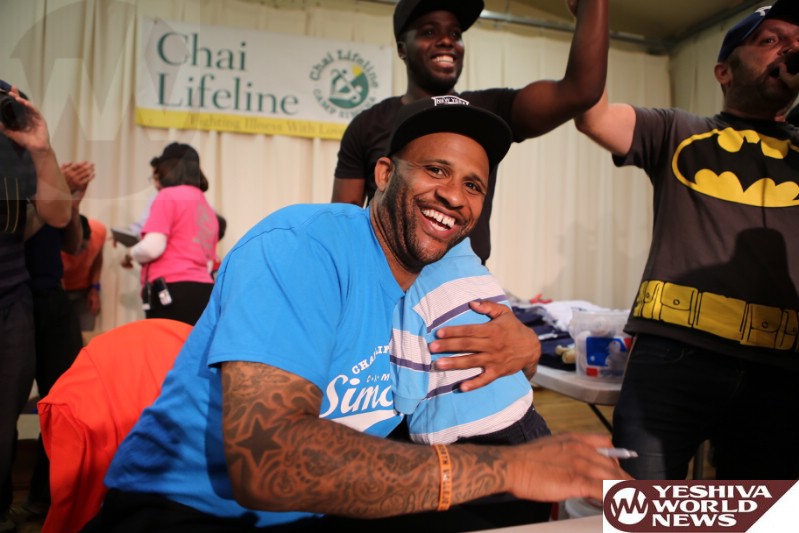 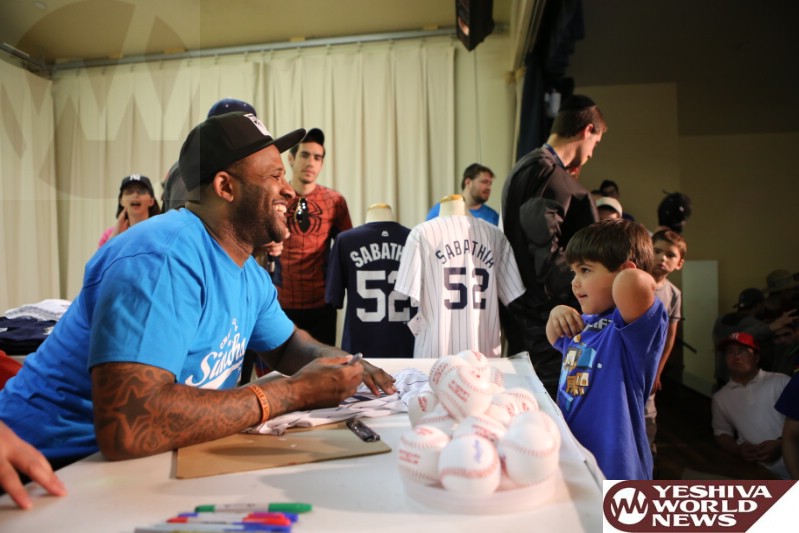 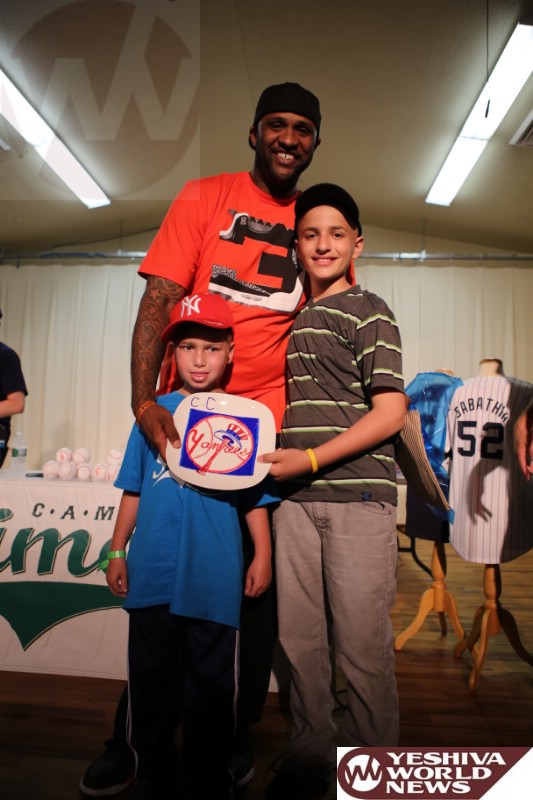