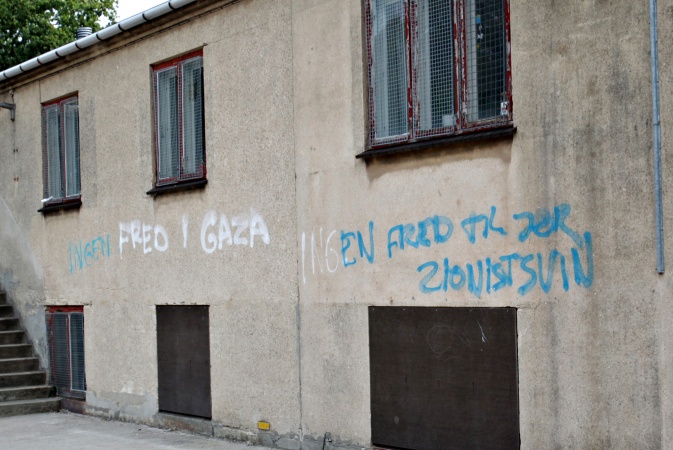 The Carolineskolen in Copenhagen was vandalized during the night of Thursday to Friday. Danish media report that windows were smashed and anti-Semitic graffiti written on the school walls.

“We are the world’s second-oldest functioning Jewish school and we have never before in our 210-year-long history experienced something like this,” school principal Jan Hansen told Denmark’s‘TV2 News’. “Parents and children are worried, and some parents don’t want to send their children to school.”

Hansen said that the graffiti was “political” in nature and referred to the current conflict between Israel and Hamas in Gaza. The vandals cut a hole in the school’s surrounding fence in order to reach the school. He added that school officials had covered up the graffiti before students arrived so that they would not have to read the anti-Semitic messages.

Carolineskolen serves around  200 children. In addition to the school, there is a kindergarten and a daycare facility. Earlier this month, school officials advised parents to not let their children wear Jewish religious symbols outside of school grounds as a result of rising reports of anti-Semitic harassment in Denmark.

The increase in reported anti-Semitism led to a ‘kippah march’ last week in support of Jews’ right to bear religious symbols in the city.
Source: Worldjewishcongress.org