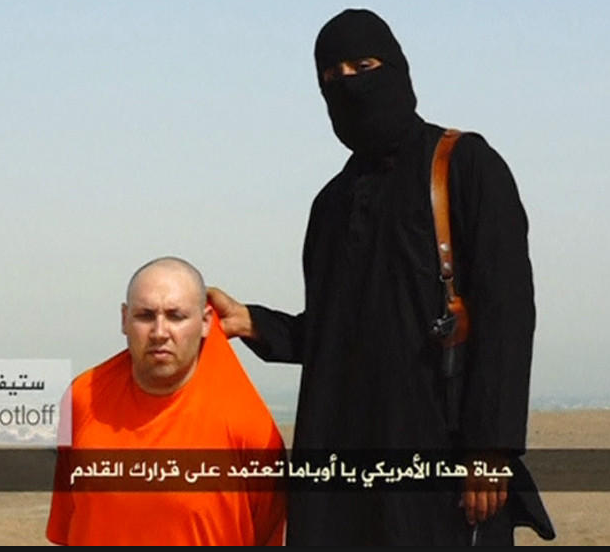 Some 500 people gathered on the University of Central Florida campus in Orlando, Fla., on Tuesday night for a candle-light vigil held for recently murdered journalist Steven Sotloff. News of his beheading at the hands of the ISIS terror group in Iraq was released on Sept. 2.

The 31-year-old, who was Jewish, attended the university for two years between 2002 and 2004, and wrote for the campus newspaper, the Central Florida Future. Last year, he was captured in Syria, where he served as a freelance journalist reporting for Time magazine, Foreign Policy, World Affairs and other publications.

According to reports, he worked hard at hiding his Judaism while in precarious places, fasting on Yom Kippur and praying towards Jerusalem.

Among those present at the vigil were university president John C. Hitt, in addition to many professors and students at the school. Rabbi Chaim Lipskier, co-director of Chabad at the University of Central Florida with his wife Rivkie, led prayers and spoke at the vigil.

The gathering grew at the suggestion of a professor at the Nicholson School of Communication at the university. According to senior Melissa Catalanotto, “we wanted to pay our respects to Steven. Though we didn’t know him personally, we felt a connection with someone who went to our school.” 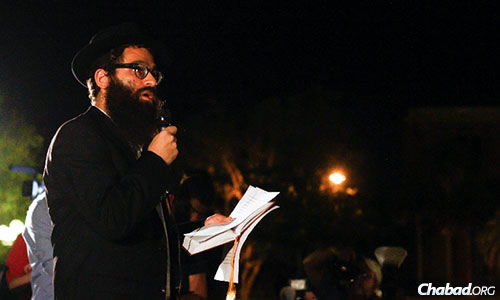 Given Sotloff’s Jewish background, Catalanotto felt that it was important to contact the Chabad-Lubavitch center on campus to put together a memorial as members of the Jewish community.

“When I heard about Steven, what he represented,” Lipskier says, “I immediately recalled the UCF creed of integrity, scholarship, community, creativity and excellence. Steven, by all accounts, exemplified that.”

Though Sotloff left the school almost a decade ago, “the shock and pain,” Lipskier says, “has really hit home.”

A statement delivered on Wednesday by Sotloff family spokesman Barak Barfi noted that Sotloff “was a man who tried to find good in a world full of darkness.”

As students grasped candles and joined in a moment of silence, Lipskier saw deep resonance between Sotloff’s life and the vigil itself.

“What can we really do when we face difficult challenges like this?” the Chabad rabbi asked the crowd. “We can light a small candle, do a good deed, to bring more light and goodness into the world.”