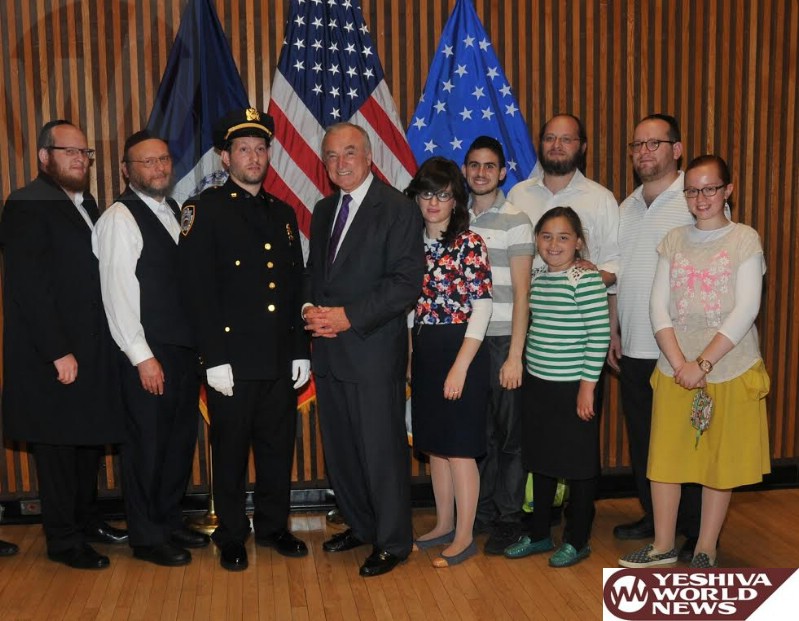 To recognize the outstanding efforts of members of the New York City Police Department, Police Commissioner William J. Bratton presided over a promotion ceremony of uniformed officers and civilians at One Police Plaza on Friday

“We need the best and brightest to keep New York City safe. Those being promoted today represent that,” Police Commissioner Bratton said during the ceremony.

Among those promoted included Sergeant Joel Witriol. He becomes the first Chasidic Jewish sergeant in NYPD history. Prior to becoming a police officer, he volunteered with the NYPD as an auxiliary officer. He is pictured with Police Commissioner Bratton and his proud family.