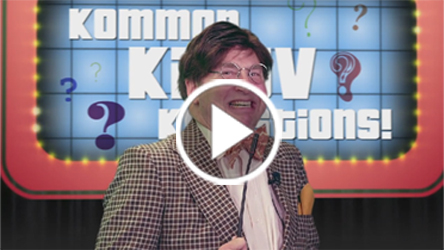 As the Worldwide Shabbos Project has snowballed into a massive, worldwide event, interest in the Flatbush community has also skyrocketed. The Flatbush “Just One Shabbos” community Shabbos, to take place on Parshas Noach, a week after Sukkos, has received the encouragement, approbation and support of the Flatbush Roshei Yeshiva and Rabbonim, including Rav Yisroel Belsky, Rav Aharon Schechter, Rav Hillel David, Rav Dovid Cohen, Rav Moshe Tuvia Lieff and Rav Yisroel Reisman.

Led by Project Inspire, the Flatbush “Just One Shabbos” initiative will focus on a powerful question: Whom will you invite? Every member of the community will be encouraged to reach out and invite someone—a neighbor, business acquaintance, distant relative, even the mailman or your children’s bus driver, for a meaningful Shabbos experience.

By reaching out and showing our brothers and sisters, who live in our community, the beauty of a regular Shabbos, we won’t just be feeding them for one weekend, but for a lifetime.

As Rabbi Chaim Sampson, the director of Project Inspire, explained, “There has been an overwhelming response from the community. Firstly, the Rabbonim of Flatbush have been strongly supportive. We have had two meetings, spearheaded by Rabbi Leiff and Rabbi Reisman, where Rav Shmuel Kamenetsky shlit”a, stressed the significance of this Shabbos and encouraged the Rabbonim to engage their balabatim in inviting their less-affiliated family and acquaintances.

“I think it is a first that so many community Rabbonim are giving their complete support to a kiruv initiative of this kind – it is truly historic. Additionally, committees of balabatim are forming in each shul to activate their kehilos to reach out in this way. It does take going a little beyond one’s comfort zone to reach out to a less-affiliated acquaintance, but when you look at acheinu beis Yisroel as exactly that – “acheinu” – our true brothers and sisters, what wouldn’t we do to help bring our own brothers and sisters back to the Derech haTorah?

“Shabbos touches the soul in a way that is profound. And what greater zchus is there to go into the yemei hadin? When we go out of our way to care for the Ribono Shel Olam and His children, surely He will take care of us and ours.”

We had a candid conversation with Mr. Alan Isaac Gross, CEO of GFI Capital Resources Group Inc., whose company is sponsoring the Flatbush “Just One Shabbos” initiative. Alan, a devoted husband, father and grandfather, and a busy executive, is passionate about the Shabbos Project, which is especially meaningful to him. With the support and culinary expertise of his wife, Edie, and the enthusiasm of his children, the Gross family regularly invites Shabbos guests who have not yet tasted an authentic Shabbos experience.

“It’s about changing someone’s life,” Alan explained. “When you invite someone for Shabbos, you’re not just impacting one person, but their entire family, their future generations. We had a regular Shabbos guest for a while, a fifteen year old girl who emigrated from Russia, and was going to Bais Yaakov. During one of our meals my daughter asked her what she eats during the week; we were shocked at her response. She explained that she only eats lunch in school, and has nothing to eat at home, because her mother refuses to cook kosher meals. ‘She says, if you won’t eat my food, you can’t eat anything at all,’ the girl recounted with tears. All she eats are fruits and vegetables, and goes to sleep hungry every night.

“The only nourishment this brave girl gets is during the Shabbos meals. They have to sustain her for an entire week! My children were very moved and impressed at this girl’s mesiras nefesh. What greater example can we give our children?

“Rav Noach Weinberg zt’l, with whom I merited a close relationship, was once asked why many people who work for Aish HaTorah, and are successfully mekarev people, are themselves baalei teshuvah. To which he responded, ‘To them, G-d is real.’ They found something that we often take for granted. When you watch someone newly returned to Yiddishkeit, there’s this sense of wonder and awe. They realize that they found a treasure.

“The Navi teaches us, Hashem asked Yirmiyahu about the Jewish nation, who worshiped idols, ‘But do they keep Shabbos?’ Why Shabbos, from all the other mitzvos? Our meforshim explain that Shabbos was around before Creation. It’s the most powerful witness that we believe in our Creator. If you get someone to keep Shabbos, you are giving him the ultimate gift.

“Imagine if we can get a million people across the world to keep Shabbos. Not only in Brooklyn, but in every town, city and country across the globe. What a kiddush Hashem that will be! Not only will it change another Jew’s life, but it will impact your family in a powerful way as well.

“Sometimes people who don’t keep Shabbos think it’s stifling. They ask me, ‘Mr. Gross, when are you going into a cocoon for 25 hours?’ They don’t get it. They think we are stifled. But if we show them what Shabbos is all about, they’ll realize how liberating it is. How beautiful it is. The success of this project is in our hands.”