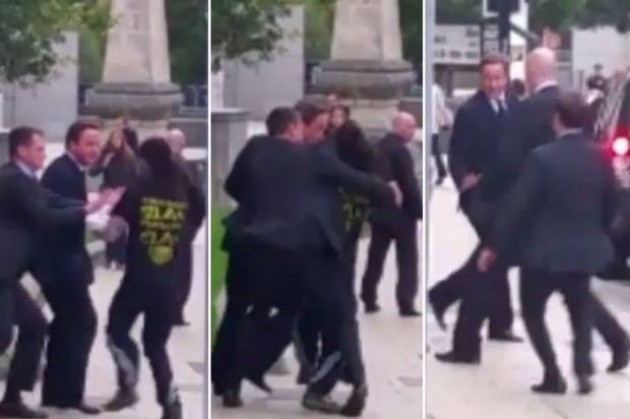 The British police unit responsible for Prime Minister David Cameron’s security said they would conduct a review after a man ran up to the leader on a street and appeared to collide with him Monday.

Video of the scene, broadcast repeatedly on British television, showed the man rushing at Cameron as he left a news conference and walked toward his car in the northern English city of Leeds on Monday. Security staff then bundled the man to the ground, as Cameron got in the car unharmed.

Police detained the 28-year-old man briefly, but quickly released him after establishing that no threats were made. West Yorkshire Police said that there was “nothing sinister” about the incident, and the man was just “in the wrong place at the wrong time.”

Cameron’s personal security is provided by officers from the Metropolitan Police’s Specialist Protection Command, which said they would review the incident.