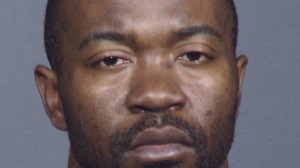 A grand jury has indicted a 34-year-old man on second-degree murder and manslaughter charges for pushing a stranger in front of a moving New York City subway train, killing him.

Bronx prosecutors announced the indictment Monday, shortly after suspect Kevin Darden made a brief court appearance. He had waived his right to appear before the grand jury.

Prosecutors say 61-year-old Wai Kuen Kwok (wy koon kwok) was standing with his wife on a Bronx subway platform when Darden shoved him in front of an oncoming train on Nov. 16.

Police say Darden and Kwok didn’t know each other.

Daren is being held without bail. His attorney didn’t immediately return a message. He has previously asked that people remember suspects are presumed innocent.

Darden’s next court date is January 12.