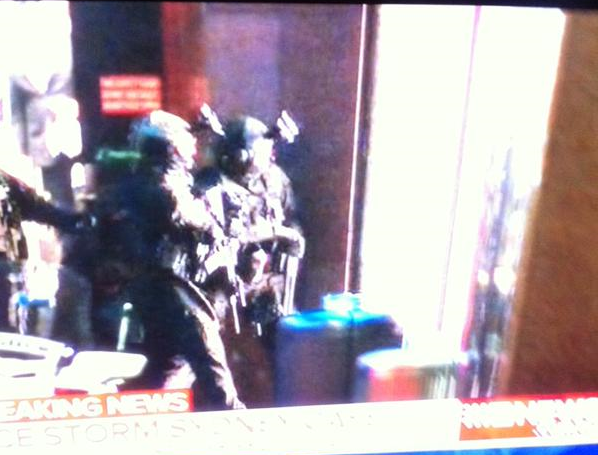 Police say a hostage situation in Sydney is over after a swarm of heavily armed police stormed a downtown cafe where a gunman had been holding an unknown number of people.

A police spokesman confirmed “the operation is over” early Tuesday but would not release any further details.

Police swooped into the Lindt Chocolat Cafe shortly after five or six hostages were seen running out of the building.

After the police moved in, one weeping woman was helped out by the officers and at least two other people were wheeled out on stretchers.