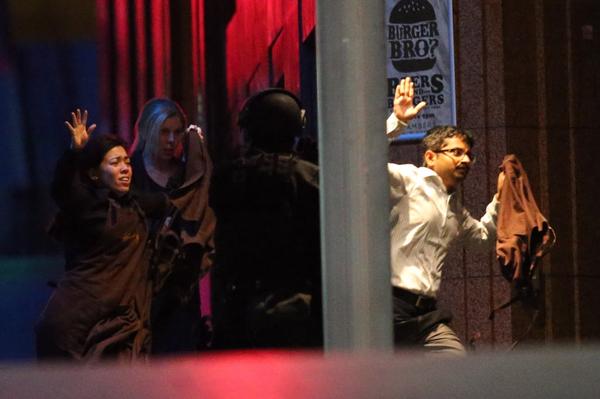 A flurry of loud bangs erupted as a swarm of heavily armed police stormed inside a downtown Sydney chocolate cafe where a gunman had been holding an unknown number of people hostage for more than 16 hours.

The police swooped in shortly after five or six hostages were seen running out of the Lindt Chocolat Cafe in downtown Sydney early Tuesday morning. One weeping woman could be seen being carried out of the officers.
The dramatic scene unfolded shortly after the gunman’s apparent identity was unveiled by local media.