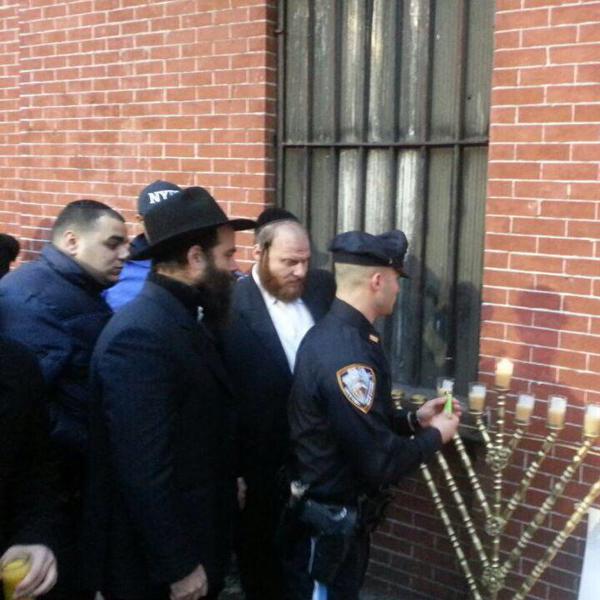 A New York Police Department baseball cap surrounded by flowers, teddy bears and candles marks the spot where two police officers were killed by a gunman who was targeting law enforcement.

Visitors including Police Commissioner Bill Bratton have gone to the Bedford-Stuyvesant section in Brooklyn to pay their respects to officers Rafael Ramos and Wenjian Liu.

The men were killed Saturday as they sat in their patrol car. The gunman killed himself shortly afterward. He had posted online about his intention of killing police officers.

Bratton says the memorial is a “reflection that the community cares about the cops.”

He laid a wreath and flowers for the slain officers.