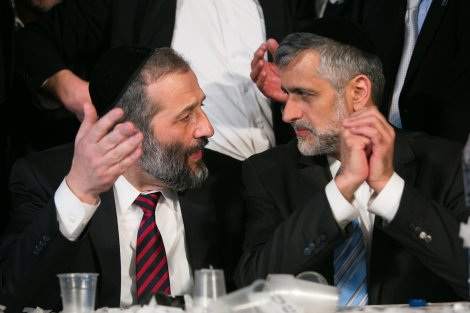 HaGaon HaRav Meir Mazuz Shlita, the spiritual leader of the Ha’Am Itanu party is calling for a meeting with both Eli Yishai, the party leader, and Shas leader Aryeh Deri. The rav feels the meeting is the correct step towards unifying the Sephardi camp.

Rav Mazuz sent his letter to HaGaon HaRav Chaim Rebi in the hope of sitting down with the two politicians towards unifying the camp.

While some folks in the Deri camp view the letter as an effort to climb down from the tree and permit Yishai back into Shas, the Yishai camp insists this is not so and Rav Mazuz is adamant in taking the new party headed by Yishai to the elections independent of Shas.