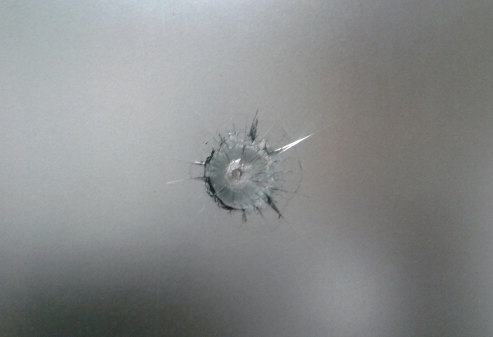 A bullet fired from an air gun crashed through a window of a Paris synagogue’s office, according to French media reports.

The rabbi and his assistant were in the David Ben Ichay Synagogue in Belleville, Paris, when the bullet was fired on Monday night.

French police reportedly are searching for two suspects who were outside the synagogue about 10 minutes before the attack, the JSSNews website reported. There were no reports of any injuries.