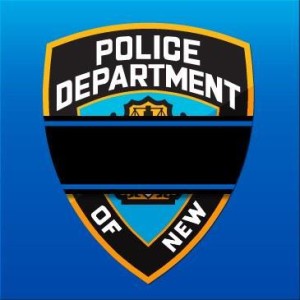 The lights dimmed from 9 p.m. to 9:05 p.m. Tuesday. Other buildings scheduled to participate included the Chrysler Building, One World Trade Center, 30 Rockefeller Plaza, Four Times Square and One Bryant Park.

Officers Wenjian Liu and Rafael Ramos were shot while in their patrol car on Saturday. The gunman claimed he was retaliating for the police-involved deaths of Eric Garner in New York and Michael Brown in Ferguson, Missouri. He later shot himself.