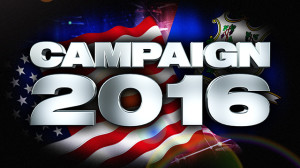 Here’s a look at some key factors as the 2016 presidential race begins to take shape:

DEMOCRATS’ ELECTORAL COLLEGE BASELINE: Democrats have won the same group of states worth 242 electoral votes for every election since 1992. A Democratic nominee who holds those states and adds Florida (29 electoral votes) wins, no matter what the rest of the map looks like. But it’s worth noting that Democrats haven’t won three consecutive elections since Harry Truman claimed the party’s fifth straight in 1948.

ON DEMOGRAPHICS, THE MARGINS MATTER: The outcome won’t just turn on how a single group – women, Hispanics, white men, millenials – splits between two major candidates. It will turn on how several groups split and how many of them vote in the first place. For example, the Democratic nominee could replicate Obama’s share of the black vote from 2012. But if fewer black voters go to the polls, the nominee could still lose a state like Florida.

THE GOP AND WHITES: Mitt Romney won white voters in 2012 by as large a margin as any Republican since President Reagan’s re-election romp in 1984. But it wasn’t enough, as whites cast just more than 7 out of 10 total ballots, compared with almost 9 out of 10 as late as 1992. Republicans say Romney didn’t hit the ceiling with whites. They point to his struggle to connect with working-class voters and Obama’s struggle among whites, particularly those without a college degree. That latter group is critical to GOP hopes in Ohio, Wisconsin, Iowa and New Hampshire.

DEMS NON-WHITE ADVANTAGE: Republicans aren’t banking on winning Asians, Hispanics or African-Americans. But they believe they can cut into the overwhelming margins Obama compiled in 2008 and 2012. The non-white vote could tip Florida, and it could close the gap in Colorado and Virginia. Republicans acknowledge that the tone of the immigration debate on Capitol Hill and in the GOP presidential primaries will play a strong role in shaping the Latino vote in particular.

MILLENIALS AND THE ECONOMY: Democratic pollsters say they millennial generation, which will account for nearly all 2016 voters under age 35, remains decidedly liberal on social and economic policy. But Republicans see an opening with widespread economic insecurity across the group.

CANDIDATES STILL MATTER: For all the chatter, players on both sides admit that nominees shape the race. So a Democrat like Hillary Rodham Clinton could reclaim white Baby Boomers who never voted for Obama, while a Republican like Jeb Bush could attract Latino support that Romney never could.