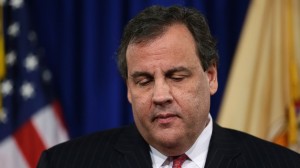 Gov. Chris Christie’s job approval rating is at its lowest point in nearly four years among New Jersey voters, according to a poll released this morning.

The Quinnipiac University poll found 46 percent of voters approve of the job Christie’s doing as governor. And while the approval rating is the same as a similar poll released in October, the number of voters who disapprove of Christie’s job performance increased to 48 percent from 45 percent, according to the new poll.

Christie’s approval among Garden State voters has yet to peak above 50 percent since the George Washington Bridge lane closure controversy broke national headlines in January 2014.

The governor also received negative grades for the economy and jobs, the state budget and education.

The poll was conducted between Jan. 15 and 19. It surveyed 1,211 New Jersey voters. It has a margin of error of plus or minus 2.8 percentage points.