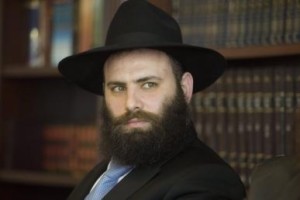 Following the terror attacks in Paris, Rabbi Menachem Margolin of the European Jewish Association (EJA) called on all the EU countries to pass legislation giving special license for Jewish people to carry guns. Some people aren’t happy about that, and tell YWN that his words are “undermining to the Jewish communities”.

In response to his remarks, European communities have issues a joint statement posted below. The initiative was taken today. Signatures of other communities are expected to follow those who already put theirs.

To whom it may concern,

Mr. Margolin lacks any expertise or authority to speak on these critical issues on behalf of the Jews of Europe, and therefore lacks all the basic components for Jewish community responsibility.

It is unfortunate, and indeed potentially dangerous to the welfare of our communities, that such comments were widely reported in the press last week in the wake of the terror attacks in France, a period when our community organisations were in constant contact with our governments and security agencies to protect our members and their families.

Mr. Margolin’s association of irrelevant and unrepresentative self-created groups does not in any way convey upon him a role as a spokesman or representative of our communities. He has never been chosen nor elected to any such role.

Our organisations are uniquely recognized as the official interlocutors for our Jewish communities in all our countries.

It is therefore that we call upon the political echelon at the national or pan-European level to treat Mr. Margolin’s comments as those only of an individual bearing no relationship whatsoever to the expressed views and concerns of the democratically-elected leadership of our communities, working together and united under the umbrella of the sole collective voice of European Jewry, the European Jewish Congress. 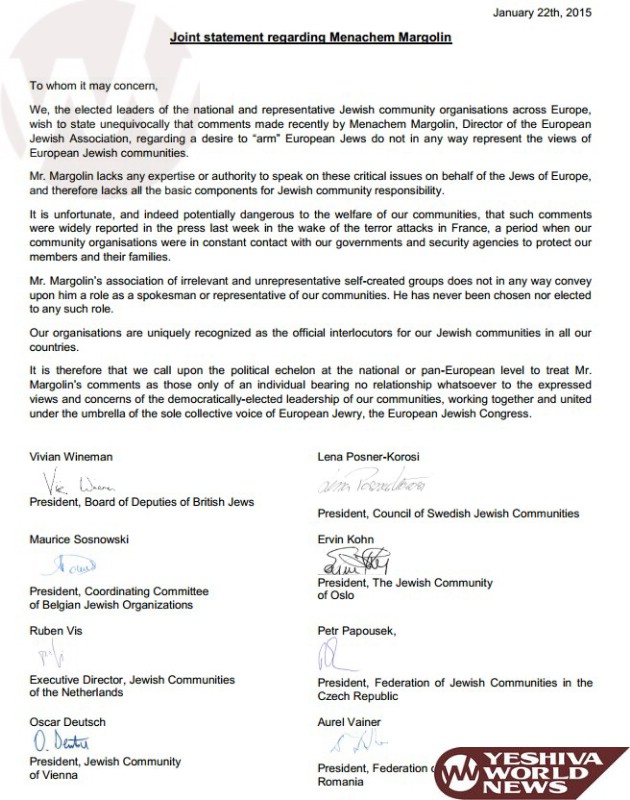 Vivian Wineman
President, Board of Deputies of British Jews

Yaron Nadbornik
President of the Jewish Community of Helsinki

Ognjen Kraus
President, Coordinating Committee of the Jewish Communities in the Republic of Croatia 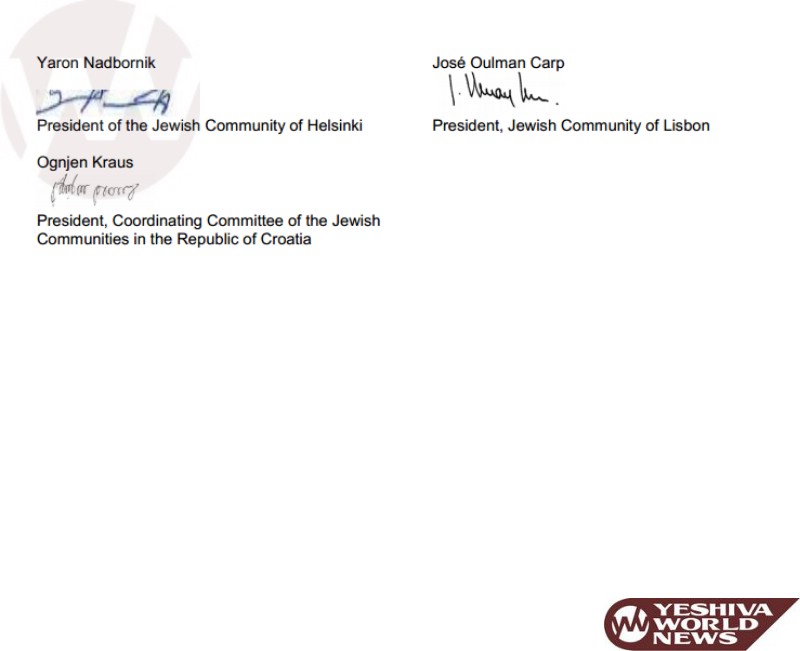