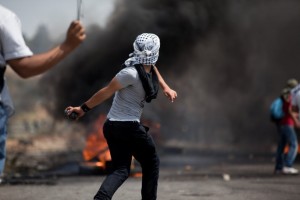 An IDF soldier has become the latest victim of Islamic terror in which passenger buses traveling in Jerusalem are targeted with stones. This attack took place near the Damascus Gate entrance to Jerusalem’s Old City on Sunday morning 12 Shevat. B’chasdei Hashem his injuries are light.

Another attack occurred about three hours later, close to 13:00, on Sultan Suleiman Street in the capital. There were no injuries in this attack but the front window of the bus was smashed, placing it out of service.