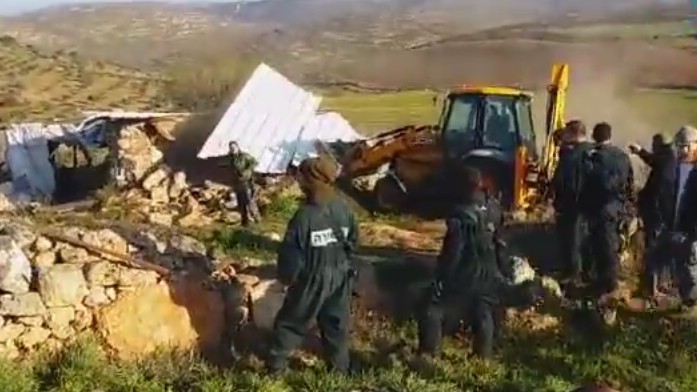 Agents of the IDF Civil Administration on Tuesday morning 28 Shevat arrived in the Shomron to carry out orders to destroy illegal homes in Geulat Tzion. Four homes in that community were taken down. Two additional structures in the nearby outpost of Hadaat were taken down.

Police report residents of nearby Adi Ad smashed windows of bulldozers and one arrest was made, reportedly for assaulting a border policeman.

Civil Administration officials report the structures were built on state lands without authorization.