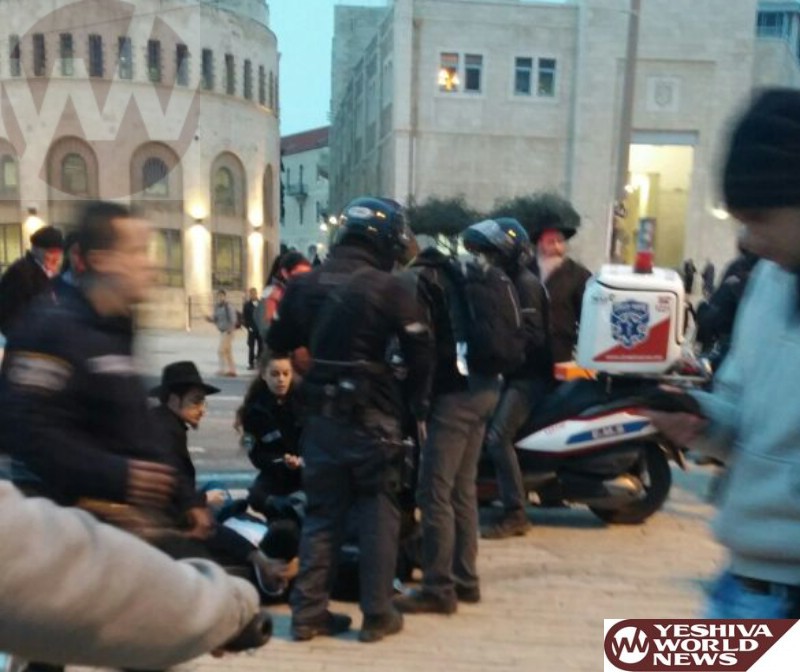 18:22: Jerusalem Mayor Nir Barkat reports that along with his bodyguard, they jumped the attacker and they held him until police arrived. The mayor and the guard were unharmed.

The mayor stated “We were driving in a vehicle near Kikar Tzion when my team saw the terrorist with a knife at the scene. I jump out with the guard from the vehicle. The security agent pulled his gun and together, we apprehended the terrorist an held him until police arrived”.

The attacker was transported to Shaare Zedek Medical Center where he is reported in moderate condition.

UPDATE 17:53: Israel Police reports the attacker is an 18-year-old PA (Palestinian Authority) resident inside “Israel proper” illegally. He was apprehended by a guard at the location and restrained until police arrived on the scene.

17:43 IL: A chareidi male was stabbed moments ago by a lone Arab assailant at Kikar Safra, Jerusalem City Hall. According to initial reports from the scene, the victim is in moderate condition. The Arab attacker has been apprehended. Ichud Hatzalah reports the victim is conscious and alert.