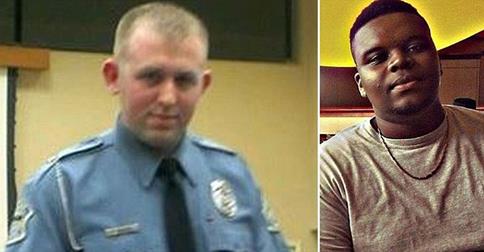 The federal investigation of the police shooting in Ferguson, Missouri, is expected to allege patterns of racial bias in the city’s mostly white department. But the probe, nearing release, is likely to stop short of charging the officer whose shooting of an unarmed 18-year-old touched off weeks of protests.

The Aug. 9 shooting of Michael Brown led to two separate federal investigations: one looking at whether criminal charges should be brought against Darren Wilson, the white officer who shot the black teenager, and the other a broader examination of the city’s police department.

The results are expected to be made public in the coming days as Attorney General Eric Holder, who has made civil rights a cornerstone of his six-year tenure, prepares to leave the Justice Department.

Here’s a look at where things stand:

Holder has repeatedly signaled that federal officials have identified problems with the Ferguson Police Department. He’s said the agency was in need of “wholesale change” and that “deep mistrust” had taken hold between law enforcement and members of the community.

The federal investigation is focused on police use of force as well as stops, searches and arrests of suspects and the treatment of inmates at the city jail.

One sign of concern was a 2013 report by the Missouri attorney general’s office that found police were far more likely to stop and search black drivers than white motorists, though they were less likely to find contraband among the black drivers.

The Justice Department has undertaken roughly 20 similar investigations nationwide under Holder’s tenure, usually for allegations including patterns of excessive force and discrimination.

These investigations usually turn up substantial problems, and the Ferguson probe is expected to be no different.

The Newark, New Jersey, police department consented to an independent monitor last year after a federal report found officers used excessive force, routinely stopped people on the street without legitimate reason and stole property from civilians. The city of Cleveland is currently in negotiations with the Justice Department following a scathing report that found problems with record-keeping, accountability and the way use-of-force incidents are investigated.

Most such cases end with police departments committing to make changes, though the Justice Department can take cities to court if they don’t commit to reforms.

The Justice Department is not expected to criminally charge Wilson.

To bring such a case, federal authorities would need to show that Wilson — who was cleared by a state grand jury in November — willfully deprived Brown of his civil rights by knowingly using more force than the law allowed.

That’s historically a heavy burden for prosecutors, particularly in shootings that occur during fast-unfolding encounters in which a police officer can reasonably claim that deadly force was needed to stop an imminent threat.

Wilson told a state grand jury that he feared for his life during the confrontation, which began after he directed Brown and a friend who were walking in the street to move to the sidewalk.

During a struggle, Wilson said Brown reached inside the driver’s-side window of his patrol car, struck him in the face and reached for his service weapon. Brown ran, and Wilson said he shot at him after the teenager charged at him. Some witnesses said Brown never posed a threat and was standing with his hands up before he was shot.

A grand jury cleared Wilson of wrongdoing, and he resigned days later.

The shooting touched off weeks of “hands up, don’t shoot” protests in the streets of Ferguson and other cities. Along with the police chokehold death of a New York City man suspected of selling untaxed cigarettes and the December killings of two New York police officers, the Ferguson case became part of a national conversation about race and policing.

The Missouri shooting and its aftermath also focused attention on how police departments use military surplus equipment and on whether more training is needed to help officers de-escalate situations. It accelerated a push for the use of body cameras by police departments nationwide and led to brainstorming discussions about how to build trust between officers and their communities.

President Barack Obama said Monday at the White House that the deaths of Brown and of Eric Garner in New York City exposed “deep rooted frustration in many communities of color around the need for fair and just law enforcement.” He spoke of a need for more cooperation, and a task force that he appointed is recommending more police training and better data collection on deadly force.

Holder, too, has called for more complete record keeping, including how often officers are themselves shot at.

FBI Director James Comey, in a blunt speech last month on race and law enforcement, said police officers may be informed by unconscious biases. He said, “We must better understand the people we serve and protect, by trying to know deep in our gut what it feels like to be a law-abiding young black man walking down the street and encountering law enforcement.”