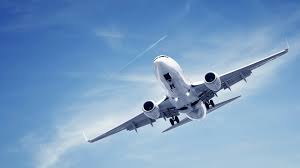 Airline pilots are supposed to be the ones we trust.

They greet us at the door of the plane in their crisp, military-style uniforms, then welcome us aboard with that familiar soothing drawl over the PA system as we buckle ourselves in. When there’s turbulence, they offer reassurance. And when the plane safely touches down, they invite us to fly with them again.

Now, that feeling of security has taken a hit.

Investigators say the co-pilot of a Germanwings airliner locked the pilot out of the cockpit and deliberately crashed the jet in the French Alps, killing all 150 people aboard.

“In the near term, pilots will be looked at with a bit more suspicion,” said former US Airways pilot John M. Cox, now CEO of the consulting firm Safety Operating Systems. “This rogue pilot is not the first one and sadly will not be the last one.”

Since the Sept. 11 terrorist attacks, aviation security has focused on protecting pilots from passengers — not the other way around. Fliers are screened for guns and explosives, but some pilots are allowed to carry their own weapons. Also, pilots might undergo mental health screenings when hired, but once they are on the job there is very little renewed testing.

“Right now, I don’t think there’s anyone who isn’t worried,” said Steve Serdachny, an airline passenger on his way from Toronto to Moscow, via Helsinki. “Flying is a safe form of transport, but you can’t stop crazy. If someone decides to act in a crazy manner, there’s nothing anyone can do about it.”

Passenger confidence will probably be rebuilt over time. Last year, airlines flew 3.7 billion passengers worldwide; 641 died in crashes. And this isn’t the first time a rogue pilot killed everyone aboard.

Previous cases included a Japan Airlines flight in 1982, a SilkAir disaster in 1997 and an EgyptAir crash in 1999. Aviation experts believe all those tragedies were pilot suicides. More recently, a preliminary investigation into a November 2013 flight from Mozambique suggests the pilot locked the co-pilot out of the cockpit and then deliberately crashed the jet.

Then there is Malaysia Airlines Flight 370, whose disappearance a year ago remains one of aviation’s greatest mysteries. A leading theory is that one of the pilots intentionally crashed the jet in a remote stretch of ocean.

Mental health screening of pilots varies by airline and country. In the U.S., the largest aviation market in the world, pilots are required to pass a physical exam annually or every six months, depending on their age. They are required to disclose all existing physical and psychological conditions and medications or face fines of up to $250,000.

The Federal Aviation Administration says doctors are supposed to ask mental health questions as part of the exam, but several pilots have told The Associated Press they were not specifically questioned about such things.

“They check your eyes, your ears, your heart — all the things that start going bad when you get older. But they don’t do anything for your head,” said Bob Kudwa, a former American Airlines pilot.

Carsten Spohr, CEO of Lufthansa, the parent company of Germanwings, said psychological tests are not part of his pilots’ yearly medical exams.

“No system in the world can rule out such an isolated event,” Spohr said.

A French prosecutor said there is no indication the crash was terrorism, and investigators are instead focusing on Lubitz’s personal and professional life.

“One person can’t have the right to end the lives of hundreds of people and families,” said Esteban Rodriguez, a Spanish factory worker who lost two friends in the crash.

Passengers have always had a special relationship with pilots.

As airlines developed in the early 1930s, a lot of thought was given to ways to reassure jittery fliers. Pilots were given white hats and navy blue, double-breasted jackets. Stripes on their sleeves and cuffs signified rank. The uniform — along with titles of captain and first officer — were borrowed from the ocean liners of the day.

Pilots routinely introduce themselves to the passengers over the PA before takeoff. Travelers rarely hear such greetings from bus drivers, train engineers or ferry captains.

To enjoy their trip, fliers need to ignore the fact that they are in a pressurized aluminum tube, loaded with thousands of pounds of highly flammable fuel, racing through the air at 500 mph and an altitude of perhaps 40,000 feet. It is part of the pilot’s job to assure the passengers they are safe.